Emphysema is one of the various types of what’s known as chronic obstructive pulmonary disease or COPD. It is a long-term disease affecting the respiratory system, in particular the delicate lining of the lungs which consist of tiny air sacs. The destruction of these air sacs results in the enlargement of the lungs and entrapment of air inside these organs.

Although there are many causes of emphysema, experts say that cigarette smoking is the major cause. In fact, it is said that people who smoke are 6 times more likely to end up with the condition than those who don’t smoke. Some of the most common symptoms of emphysema include shortness of breath, cough, bluish discoloration of the skin, lips and fingertips (cyanosis), swelling most especially of the feet and ankles (edema), weight loss, fatigue, and headaches.

To date, no known cure for emphysema is available. The good news is the progression of this respiratory disease may be slowed down. It is also very much possible to have the symptoms managed as well as have the body of the afflicted person strengthened. Dealing with flare-ups is also usually a part of the treatment plan.

Certain emphysema medications are available. Some of them are short-acting to provide instantaneous relief from the symptoms, while others are long-acting to prevent the symptoms from showing up. Oxygen treatment may also be administered, something which can be done at home or in the hospital. Rarely, surgery is warranted for individuals with severe emphysema or any other form of COPD which does not respond very well to other treatments.

There are also a variety of natural remedies that are said to be very effective in managing the symptoms of emphysema as well as keeping flare ups at bay. Some of the best ones are the following:

One of the best remedies for emphysema is smoking cessation. Doing this can significantly slow down the disease’s progression as well as improve the overall quality of life of the person suffering from emphysema. Ditching smoking also helps improve exercise intolerance, something which is commonly experienced by people with the disease.

Just because a person is dealing with emphysema doesn’t mean he or she should abandon exercising. Mildly exercising such as walking and swimming is actually beneficial for anyone with this kind of COPD. That’s because it helps in toning the chest, back and shoulder muscles, thus allowing the individual to breathe more efficiently.

Avoiding anything that can cause a flare-up is of utmost importance. Breathing in polluted air is certainly a no-no. It is also a good idea for an individual with emphysema to quit using personal and household products containing harsh chemicals which can trigger the symptoms of emphysema upon inhalation.

The consumption of foods rich in protein is essential for an emphysema sufferer. Protein supplies the body with energy needed by the body most especially during flare-ups. Protein also helps in maintaining muscle mass, something which is beneficial for someone who cannot exercise regularly and intensively due to the respiratory condition.

Supply the Body with Vitamin C

Vitamin C is a nutrient that is said to help in reversing the negative effects of cigarette smoking. Other than taking vitamin C supplement, those with emphysema should consider including vitamin C-rich foods in the diet. Some good examples are citrus fruits, papayas, kiwis, guavas, berries, tomatoes and dark green leafy vegetables.

Dropping by a local health food store may be done by someone who is suffering from emphysema in order to obtain certain herbs recommended by traditional healers for so many years now. Some herbs known to be very good at easing the symptoms of emphysema include garlic, astralagus, thyme, cordyceps and licorice extract. 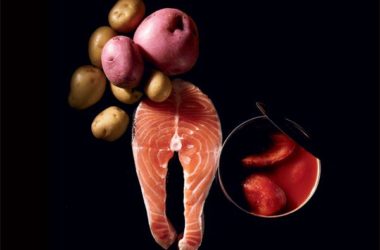 7 Foods That Should Never Cross Your Lips

Which foods should you avoid? Clean eating means choosing fruits, vegetables, and meats that are raised, grown, and… 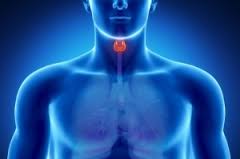 The thyroid gland is the butterfly shaped gland located under the Adam’s apple in the neck. Goiter is…