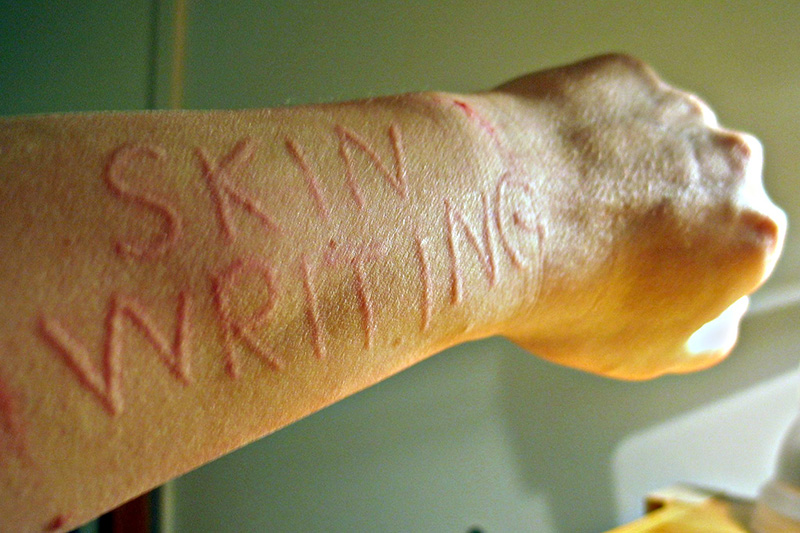 There are so many different reasons why your gums feel achy. Sometimes it's your lifestyle while other times it's what you eat. In...
Read more
Home Remedies

Scars can last a lifetime and can have a huge effect on the way you look. It can bring back negative memories of the...
Read more
Daily Health Tips

Lose Weight With These 4 Fat-Melting Teas

New research, reveals that tea can reset your internal thermometer to increase fat burn by up to 10 percent without exercising, or dieting, according to...
Read more
Healthy Food

So many animals — from squirrels, raccoons, pigs to bears — feast on beechnuts. Humans also love them due to their sheer versatility. They...
Read more
Natasha Edwards

Also known as hives, uritcaria is a condition wherein welts appear on the skin due to an allergic reaction to medications, the weather or something else.  It may also be caused by many other things like a disease. Those inflamed pink or red bumps tend to be itchy, although individuals who suffer from hives may also complain of sensations such as stinging or burning.

The size of the welts that appear during a bout of urticaria may range anywhere from as little as the pointed tip of a ball pen to as large as a dinner plate. Welts may connect to one another to form bigger welts. The characteristic skin markings may appear anywhere on the body, including the face, ears, lips and even the tongue. Usually, the inflamed bumps disappear in less than 24 hours, although there are instances wherein the signs and symptoms take longer to go away.

In severe cases, urticaria may leave a person disfigured due to prolonged and repeated swelling of the skin. There are times, although very rarely, when the welts appear in deeper tissues (angiodema) such as the tongue, throat and even the lungs. This can cause blockage of the airway and may put the life of the individual in danger.

Urticaria happens when plasma, the colorless component of the blood, leaks out of the small blood vessels due to a response to a chemical known as histamine. Released by special types of cells found along the blood vessels, histamine springs into action due many things such as allergic reactions, exposure to sunlight, insect bites, chemicals in food, physical contact with chemicals, and the intake of certain medicines.

In some instances, the condition is triggered by stress or even severe exercise. It’s also possible for urticaria to be caused by infections such as the common cold, as well as certain illnesses like thyroid disease and lupus. There are times when medical authorities cannot determine the exact cause of hives.

The various signs and symptoms of hives can happen in minutes after being exposed to the triggering factor — the weather, pollen, insect sting, latex, etc. However, delayed reaction that happens for over a couple of hours is possible too. These are the signs and symptoms you may experience during a bout of hives:

READ  Benefits of Getting Puberty Late

To date, there are no specific tests designed for urticaria. What a specialist may do is ask many questions in order to pinpoint the exact cause of the condition. A primary care doctor, dermatologist, allergist and immunologist are the various medical experts capable of diagnosing and treating hives.

It is possible for skin tests as well as routine blood tests to be warranted. These are done, respectively, to identify the substance causing the allergic reaction and to determine if there’s a present systemic problem with the person. Sometimes, a specialist may also order a skin biopsy.

READ  Get to Know These Warning Signs of Suicide

A few other medications may also be prescribed by a doctor. They include dapsone (antibacterial), anti-inflammatory drugs (to ward off swelling and inflammation) and cortisones which are used on a short-term basis only because of the various side effects associated with long-term use.

Other than the medications prescribed by a specialist, the following are some of the things that may help in preventing a bout of urticaria or attaining relief from the signs and symptoms:

If your heels aren’t in perfect shape, sadly, there’s not much a lovely pair of summery flip-flops would be able to do. Home Remedies for...
Read more
Healthy Food

If you love coffee and you hate eating vegetables, there's something perfect for you: broccoli coffee.This article will focus on this beverage that is...
Read more
Daily Health Tips

Some parts of your body tend to sweat more than the rest because of where they are situated. Such is the case of your...
Read more
Beauty Tips

If you’ve scrolled through Instagram or any beauty websites, you’ll know how big of a deal eyebrows are now a day. Ask any makeup...
Read more
Daily Health Tips

There is no joy greater than giving birth, at least according to those who have been through it. However, it can’t be denied that...
Read more
Load more

Bad breath and yellow teeth is not only embarrassing it is also bad for your health. Unkempt oral hygiene leads to breeding of bacteria...
Read more
Healthy Recipe