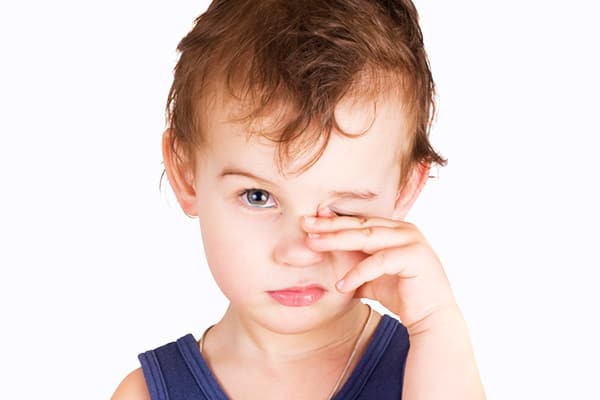 Eye specialists say that children blink anywhere from 12 to 20 times per minute. If your child seems to be blinking more, then he or she is definitely blinking excessively. In this article, you will come across some of the most important things you need to know about excessive blinking in children.

After checking out this article, feel free to share it on your different social media sites to let your family and friends who are parents, too, check out the details below.

Reasons Why Everybody Blinks

Before anything else, let’s check out some of the reasons why a child (or everybody else) blinks:

To protect the eyes from bright lights

To keep the eyes from becoming dry

To shield the eyes from an object coming towards them, like a finger

Basically, blinking helps ensure that the eyes are properly moisturized. Each time you blink, your eyes are coated with a thin layer of tears. At the same time, blinking helps keep the surface of your peepers clean.

In some instances, blinking increases as a response to changes in temperature or climate. Someone who is in pain tend to blink more often. It’s not unlikely for a child to blink more often if he or she is spending lots of time in front of the TV or computer. Lack of sleep can be blamed, too.

Causes of Too Much Blinking in Kids

Parents tend to react differently each time they see their young ones blinking a lot. Some of them simply ignore it, while others tend to feel panicky especially if their kids’ excessive blinking seems to appear out of the blue.

Here are some of the most common reasons why children blink excessively:

According to eye specialists, most cases of excessive blinking in kids are simply due to the development of such habit. Usually, a child is not aware that he or she is blinking more than usual. Stress and boredom are some of the reasons why the habit develops.

The presence of anything that’s not supposed to be in the eyes can cause a child to blink excessively. For instance, such can happen if there’s a piece of dust or loose eyelash trapped in the eyes. Blinking more than normal is an attempt of the eye to get rid of the problem. Usually, it is accompanied by excessive tear production.

READ  Humming on a Regular Basis: Here are the Benefits

Definitely, an injury to the eye can cause a child to blink a lot. One reason for such is the child can feel that there is something wrong with the affected eye. Also, the body attempts to deal with the problem as well as protect the surface of the eye from being damaged.

In some instances, excessive blinking in children can be blamed on tic disorder. Something that can cause such is what’s known as Tourette’s syndrome, which is a neurological disorder that is characterized by involuntary muscle tics and sometimes vocalizations. Unfortunately, sometimes it can be hard to differentiate excessive blinking due to ticks and habit from Tourette’s syndrome.

What a Parent Should Do

Treatment for excessive blinking in children tends to vary, and it depends on the cause. Needless to say, the very first step that needs to be done is to have to root cause established.

Seeing an eye specialist helps determine the reason why your child is blinking more often than normal. Inspection of the affected eye can reveal if there is a foreign object or an injury present. It’s not unlikely for the expert to also obtain the child’s medical history and also interview you about matters such as when the problem started.

If it seems like the child’s excessive blinking is due to a neurological matter, he or she may be referred to a pediatric neurologist.

Ways to Improve and Increase Your Concentration