People who are into fitness are familiar with V-tapered physique and most of them aim for it. It is characterized by broad shoulders and massive back, along with narrow waist. It is the body composition that usually enters physique competition and it also enhances a person’s well-being. In line with this, the following are some exercises a person can do for a V-tapered physique.

A pair of broad shoulders helps define the description of a V-tapered body. It engages the shoulders, primarily the lateral deltoid, also called side or middle deltoid.

According to Outlaw Fitness HQ, the person performs the exercise by grabbing a bench and setting the incline to between 15 and 60 degrees. The angle depends on the amount of posterior or rear deltoid engagement the person wants to include in the routine. Next, he sits of kneels face first against the bench, holding a dumbbell in each hand. After that, he lifts each dumbbell until his arms become parallel to the ground. As per the publication, a good practice is to keep the arms as straight as possible throughout the movement to keep the shoulder engaged and to prevent shifting the muscle engagement to other body parts. Finally, the person completes one repetition of the exercise by lowering the dumbbells back to the starting position.

A massive back is another feature of a V-tapered physique, so another exercise that can be done is the Lat Pull-Down. It is a compound exercise, as it also engages the shoulders and the arms, along with the latissimus dorsi or the lats.

According to Muscle and Fitness, the person sits on a lat pull-down station and grabs the bar with an overhand grip that is beyond shoulder width. His arms should be straight and his torso should be upright. Next, he pulls his shoulder blades down and back and brings the bar to the chest. Then, he pauses and goes back to the starting position.

As per the publication, the person should refrain from preventing his upper back; instead, he sits tall with his shoulders back and chest up. Also, the exercise should be done in a wide range-of-motion, which can be done by pulling the bar to the level of the person’s collarbone.

The hanging leg raise is another recommended exercise for the V-shaped physique, as it targets the core or the abdominal muscles, particularly the lower abs.

According to Body Building, the person performs the exercise by hanging from a chin-up bar. Also, the legs should be stretched down. Next, the person raises his legs until the torso forms a 90-degree angle with the legs; he also breathes in as he performs the movement and he holds the contracted position for a second. After that, the person inhales as he gradually returns to the starting position. The exercise is done for the planned number of sets and repetitions.

As per the publication, the exercise is performed gradually and deliberately, since It takes more time for a person to get used to it. In addition, a beginner should not rush in using weights on the first time, since he has to hold his weight first and learn how to balance himself for him not to end up swinging his torso.

Overall, a V-tapered body gets recognition from other people; however, it cannot be done overnight, which applies to both beginners and advanced people. Along with the aforementioned exercises, it can be achieved through proper nutrition and adequate rest.

Natural Remedies for Lumbago You May Try at Home 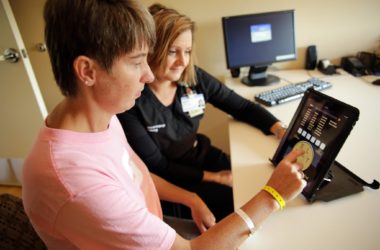 Children most especially can benefit from speech therapy. This is especially true for those who have certain disorders… 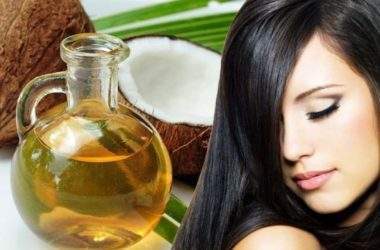 Hair loss, also known as baldness or alopecia, refers to the loss of hair from the head or…

The Real Deal on Diabetes – The Different Types and Preventive Measures