The biceps are the muscles on one side of the arms, with the triceps being the other. Together, they assist and add strength to the upper body, a reason why training them is necessary. In the field of body building, the biceps are trained for mass and definition to achieve overall aesthetics. In line with this, the following are some exercises one can do to define the biceps.

Chin ups engage the biceps, resulting to mass, definition, and vascularity. The chin up is similar to pull ups in a way; however, it uses the underhand grip, which means the palsm are facing towards the body, as per Mad Barz.

As per Ex Rx, the person prepares for the exercise by stepping up and grasping the bar using the underhand shoulder width grip. Then, he pulls his body up until his elbows are to sides. Then, he lowers his body until the arms and the shoulders are completely extended. The exercise is done for the planned number of repetitions. The person can also use an assisted machine, ask help from a partner, of place his feet on the bench or floor under bar, if the routine is hard for him. Otherwise, weight can be added by placing a plate on dip belt or a dumbbell between the ankles.

Another increase the size and definition of the biceps is the bicep curl. According to Body Building, the exercise is done by standing up straight with a dumbbell in each hand at arm’s length. Then, the elbows are kept close to the torso and rotate the palms of the hands so that they are facing forward. While the upper arms are stationary, the person breathes out and curls the weights while contracting his biceps. The weights are raised until the biceps are fully contracted and the dumbbells reach the shoulder level. The contracted position is held shortly as the person squeezes his biceps. After that, the person breathes in and gradually lowers the dumbbells back to the starting position. The exercise is done for the planned number of repetitions.

The dumbbell hammer curl is another exercise that engages the biceps, but it targets the biceps in a different angle compared to the standard bicep curls. As per Ex Rx, the person gets a dumbbell for each arm and positions them to the sides, with the palms facing in and the arms straight. Then, he raises one dumbbell until the forearm becomes vertical and the thumb faces the shoulder. After that, the dumbbell is lowered to the initial position and the routine is done with the other arm. As per the publication, the exercise can be done in an alternating, simultaneous, or mixed manner. The elbows can also go mildly forward when fully flexed for tension release in muscles in between repetitions.

The concentration curl is part of the equation when it comes to bicep definition. According to Men’s Fitness, it is one of the best moves for bicep isolation. As per the publication, the person sets on the bench, with his feet firmly planted on the floor. Next, he places the back of his left arm on the inner part of the thigh and keeps his arm on his thigh throughout. Then, he places his right hand on his right knee for stability. Once done, he lifts the dumbbell until the biceps contract. He pauses briefly at the top of the contracted position and then gradually lowers the dumbbell for tension. The exercise is done for the planned number of repetitions.

Overall, strong biceps contribute to a person’s total strength, a reason why it is included to one’s fitness regimen. Aside from the aforementioned exercises, biceps definition and can be achieved through proper diet, as well as adequate sleep. 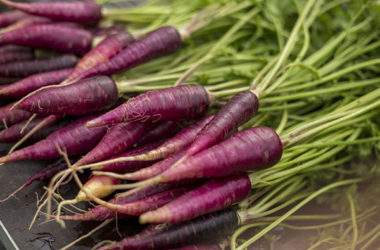 Did you know that carrots were purple until the 17th century struck? Farmers developed orange-colored ones and more… 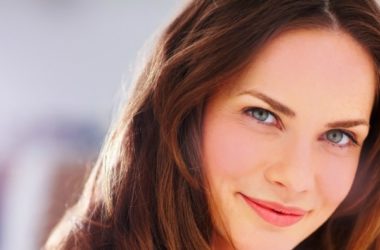 Skin Flushing: Get to Know Its Common Causes and Some Medical Conditions Associated with It

Did your face feel warm and appear red after your crush said “hi”? It is called skin flushing,… 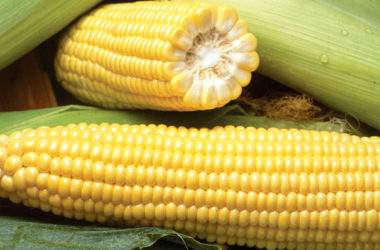 Corn, also called maize, is one of the energy-giving food people can eat today. It is a big…