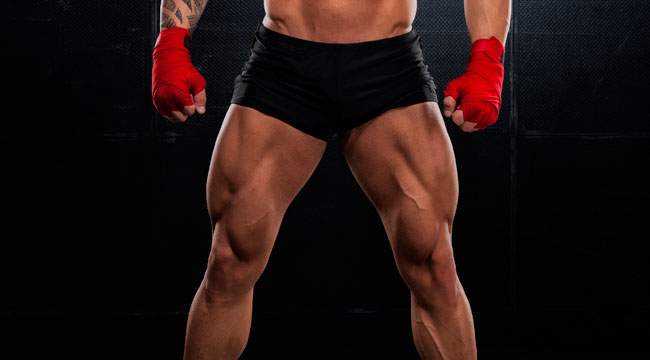 Things to Avoid If You Want to Lose Weight

Signs You’re Eating Too Much Vegetables

The leg muscles support the entire body, especially during movement like walking and running. Without them, the body will be able to move from one place to another. Thus, training the legs is important. However, most people skip training the legs and focus on the upper body parts, such as the shoulders and the abdominals. For stronger and muscular legs, the following are some exercises a person can perform.

Squats is viewed as the best exercise for the lower body, which includes the legs. This is the counterpart of the bench press for the upper body and it primarily targets the quadriceps, a group of muscles that forms the anterior or front part of the thigh. Aside from the thigh, squats also engage other leg muscles, which include the hamstrings, the calves, and the gluteus or glutes.

According to Ex Rx, the person starts the exercise by positioning a bar on a rack at upper chest height. Then, he stands and positions himself in a way that bar is high on the back of his shoulders. Next, he grasps the bar to the sides. After that, dismounts the bar from the rack and keeps his legs at shoulder width apart. Once done, the person squats down; he bends his hip back while allowing the knees to bend forward. He keeps his back straight and his knees pointed to the same direction as his feet. Then, he lowers his body until his thighs are parallel to the floor. After that, the person extends his knees and hips until the legs become straight. A good practice is to keep the head facing forward, with the back straight, and the feet planted on the floor, as these facilitate proportionate distribution of weight during the execution.

Another exercise that improves leg musculature and definition is the standing calf raise. As per Body Building, the exercise is an isolation pushing exercise that primarily targets the calves; however, it is considered as part of the leg training regimen.

As per the publication, the person begins the exercise by adjusting the padded lever of the calf raise machine until it fits his height. Next, he places his shoulders under the calf raise pads and positions his toes in a way that they are facing forward. Also, the balls of the feet should be fixed on top of the calf block, with the heels extending off it; this is to prevent accidental slipping of the feet from the block, which leads to injury. Then, the person pushes the lever up by extending his hips and knees until his torso is standing straight. Also, the knees should be slightly bent and never locked. Once ready, the person raises his heels as high as possible as he exhales; this is done with the knees kept unmoved. The person maintains the contracted position briefly before going back down while inhaling.

Along with squats and calf raise, lunges are also part of leg training for strength and musculature. According to Shape, it is essential for shaping or toning the legs and the backside.

As per the publication, the person starts the exercise by keeping the body straight, with the shoulders back and relaxed and the face facing forward. Then, he steps forward with his one leg and then lowers his hips until both knees are bent to nearly 90 degrees.The front knee should be directly above the ankle and is not pushed out too far. Also, the other knee should not touch the floor. A good practice to boost the exercise’s efficiency is to engage the core or the abdominals. Hence, the exercise not only defines the legs, but also the abs.

Overall, the legs serve as foundation for the human body, allowing it to be stable during motion. Failure to train them leads to weakness, which affects movement, as well as man’s activities of daily living. Along with the aforementioned exercises, total leg development can be achieved through proper nutrition and sufficient rest.