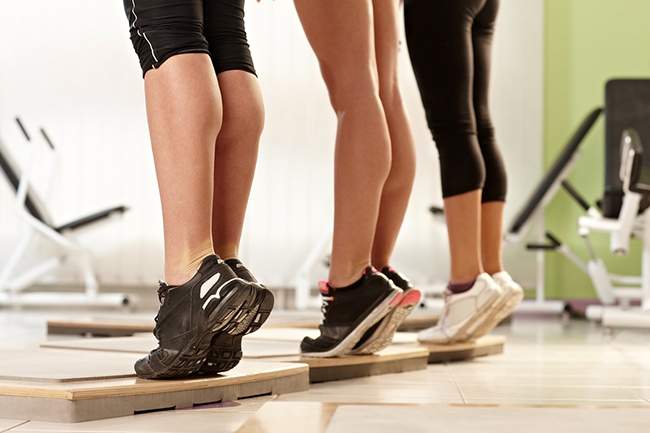 Getting Rid of Honey Bees Through Some DIY Solutions

The Do’s and Don’ts of Clean Eating

The calves are parts of the legs, the body parts that receive the least attention from most people during training. As a result, disproportion is created between them and the other body groups like the chest, shoulder, back, arms, and abs. In line with developing legs mass and power thru the calves, here are some exercises a person can perform.

Calf raises are among the best exercises for improving the calves, since they facilitate calves contraction. According to Live Strong, the person places his toes on a step or a stack of hardcover books. Then, he positions his feet shoulder-width apart, with the heels hanging over the edge. Next, he lifts up onto his tip toes and holds on for a second. The heels are lowered down gradually until the feet are in an upward angle. The person holds the contracted position for a second and repeats for the planned number of repetitions. To increase the resistance, the person may do calf raises while holding a full gallon of water jug.

The single-leg hop also helps the calves become bigger. According to Men’s Health, the person stands on his left leg and bends his right knee at a 90-degree angle for his right foot to be behind him. Then, the left knee should bend enough to support his landing. The exercises is done for the planned number of repetition and then with the right leg.

In the standing calf raise, the person stands on a step or a box with his feet positioned shoulder-width apart. Then, he balances himself on his feet’s balls, with the heals hanging off the step. After that, he lifts his heels as high as he can and then pauses. Next, he lowers his heels as far down as possible and he should feel a stretch through his calves. The exercise is also done for the planned number of repetitions.

The calves can also be developed by doing the single-leg calf press. According to Ask Men, the exercises benefits a person by forcing each leg to perform an equal amount of work, a reason behind the single-leg routine. As per the publication, the exercises will not let the strong leg to do most of the work in this case.

To perform the routine, the person sets up on a seated leg press machine. Then, he keeps his knees completely extended, but he has to be still bent at the waist. Also, the exercise becomes more efficient on the pin-loaded machines, where the person is sitting upright, and not on his back looking up at the ceiling.

As per Body Building, the key in building massive calves is to perform the exercises using a full range of motion and changing the number of repetition. Also, stretching between sets and resting for short periods also promote blood flow to the calves, which helps in its growth and development.

Iconic bodybuilder and actor Arnold Schwarzenegger also has his tips for beginners, in terms of getting bigger calves. As cited by Prime Health Solutions, he advised to focus on getting a full range of motion, as doing so feels the stretch at the bottom portion of the movement and helps the person for a full contraction at the top of the motion. Also, the knees have to be straight to maintain strict form and prevent engaging other muscle groups. Also, the feet should point forward to work the calves in proportion.

Overall, the calves help provide force to the movement of the lower body, such as walking, standing, and running. Thus, it deserves to have its own session during strength training. Aside from the aforementioned exercises for the calves, total leg development can be achieved with the right food choices and adequate amount of rest.

Break Your Smoking Habits Now with These 5 Tips

7 Ways to Protect Your hair from Pool Water