Exercises for the Lower Abs 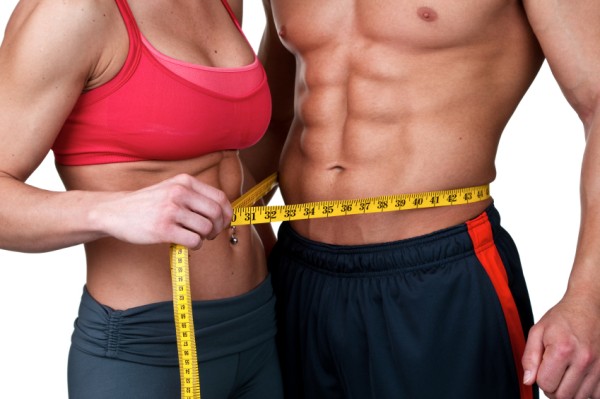 So you're very happy now that you just finished giving an area in your home a well-deserved makeover. If you just had the walls...
Read more
Daily Health Tips

Health-Care Basics: Spend or Save?

We all have essential health care items that we need every day. If your go to the department store you’ll notice a price difference...
Read more
Diet and Exercise

If you want to drop a few dress sizes, the amount of calories you burn should be greater than what you consume. This means...
Read more
Daily Health Tips

Some birthmarks can be easily kept from view with clothing, while others are situated in certain areas of the body for the whole world...
Read more
Linda Beckman

Along with a massive chest, broad shoulders, wide back, and large arms and legs, visible and defined abdominals add aesthetics to one’s physique. However, a person’s lifestyle, such as diet and vices, affect the visibility of the abs, covering them with body fat. If a person lowers his body fat, there is a higher chance for the abs to appear, especially the lower abdominal muscles.

The following exercises help in the development of the lower abdominal muscles.

Also known as hanging leg raises, hanging leg raise is an isolation pulling abdominal exercise for strength, according to Body Building. In this exercise, the person hangs fro a chin-up bar with both arms stretched at arm length above him. Generally, the person would use either a medium grip or a wide grip. Then, the legs should be straight down with the pelvis rolled a bit backwards. After that, the legs are raised until the torso is perpendicular or at 90-degree angle with the legs. During the movement, the person exhales and maintains the contraction for at least a second. Then, the person slowly goes back to the starting position while he breathes in. The exercises is done for the recommended number of repetitions, usually 12 to 15.

As per the publication, a variation of the hanging leg raise is performed by using a vertical bench. This variant is safer than the hanging version, since it provides upper back support and it allows the person to hold himself by putting his elbows and arms on the side pads of the vertical bench.

Known as an isolated pulling exercise, weight crunches target the rectus abdominis, as well as the obliques, according to Ex Rx. As per the publication, the person lies supine on bench with head hanging off and knees and hips bent, with a plate held behind the neck. Then, the person flexes the waist to raise the upper torso from the bench as high as possible, keeping the lower back on the bench. Then, the person returns until the back of the shoulders touch the padding of the bench’s inclined board. The exercise can also be done without the additional weight, until resistance becomes necessary.

The landmine is a compound pulling exercise that strengthens the abdominal muscles, along with the shoulders, lower back, and glutes, as per Body Building. The person positions a bar into a landmine or secures it in a corner. Then, the bar is loaded with some plates to a proper weight. When ready, the person raises the bar from the floor using both hands and brings it to shoulder height. It is important to note that the arms should be extended in front of the body while assuming a wide stance for greater balance. The movement is performed by rotating the torso and hips as the person swings the weight all the way down to one side. The arms are kept extended throughout the routine. After that, the person swings the weight to the opposite side and continues doing the movement until the set is completed. The recommended number of repetitions is ten per side.

According to Men’s Fitness, plank is a basic isometric exercise that strengthens the who body, since it also engages the shoulders and the lower back, aside from the core. No equipment is needed as the person only needs to use his hands, forearms, and elbows. To execute the exercise, the person gets into pushup position on the floor and bends his elbows 90 degrees and rests his weight on the forearms. The elbows should be directly under the shoulders and the body should assume a straight line from the head to the feet. Then, the person holds this position for as long as he can, at least in two minutes.

Aside from the aforementioned exercises for the lower abs, their visibility is highly affected by the food a person eats. This means that a person should decrease intake of food selections that are rich in carbohydrates and increase the consumption of food choices that are high in protein. Some examples are eggs, chicken, fish, nuts, and broccoli, among others.

Fat tummy can be really annoying for some people. Especially, when it comes to a woman, she does everything to flatten her tummy, from...
Read more
Beauty Tips

We compile 12 unusual beauty tricks that really work wonders whether on your hair or your skin. Some of these tricks can be beauty...
Read more
Daily Health Tips

Do you have a loved one who is diagnosed with Alzheimer's disease? You may be wondering why he or she is behaving differently near...
Read more
Daily Health Tips

Dangers of Desk Jobs and How to Solve Them

People nowadays are more aware of the dangers of having a desk job since sitting for prolonged periods of time can lead to various...
Read more
Healthy Recipe

Make Your Own Healthy Mayonnaise at Home

Is your kitchen never without a jar of mayonnaise because it's your favorite condiment? If you love the supermarket-bought kind, you will surely be...
Read more
Load more

It may be a little difficult to understand for others, but there really are people who go hulk when they go hungry. Gone are...
Read more
We use cookies on our website to give you the most relevant experience by remembering your preferences and repeat visits. By clicking “Accept”, you consent to the use of ALL the cookies.
.
Cookie settingsACCEPT
Privacy & Cookies Policy