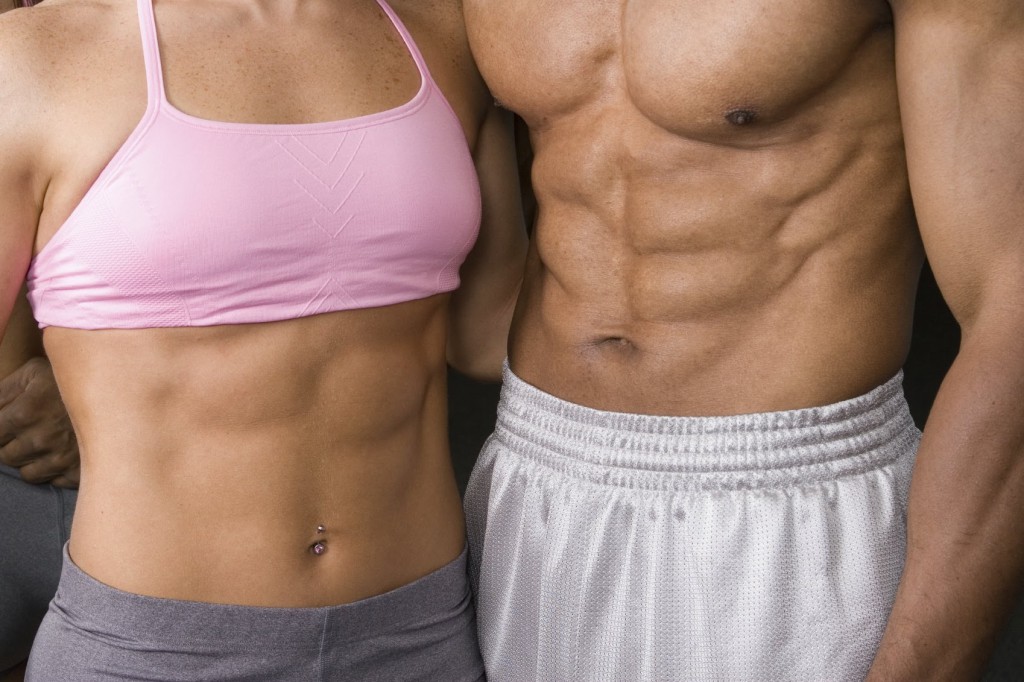 A set of well-defined abdominal muscles is an asset to a man and a woman. Aside from signifying strength and fitness, the abs boost aesthetics to a person’s body. Such are the reasons why most people target the abs for training at home or at the gym. In line with having chiseled abs, the following are some exercises one can perform.

To perform the exercise, the person lies on the floor with the elbows directly under the shoulders and the legs fully extended. Then, he raises his torso into the air until it forms a straight line from the shoulders to his ankles. A good practice while doing the exercise is to tighten the stomach, squeeze the buttocks, and hold the position for the desired length of time. Also, the back should not be allowed to round and the hips should not drop or sag. Furthermore, the elbows should be pressed into the floor and the glutes are squeezed to promote stability during the plank.

The general side plank is plank variant, but the position of the person is at the sides. Just like the regular plank, the side plank also defines and promotes the strength of the abdominal muscles, the obliques, and the shoulders. Also, the exercise enhances the stability of the spine, along with the strength and balance of the upper body and the core, as per Muscle and Fitness.

To perform the exercise, the person lies on one side with his legs stacked and his body fully extended. Then, he uses his lower elbow and forearm to prop his body up and ensure that the abdominal muscles are tight throughout the routine. Also, the body should create a straight line from the shoulders to the ankles. It is important that the abs and glutes are squeezed to maintain the body’s stability, the neck should be kept in line with the spine, and the head should not be dropped. Also, the hips are not allowed to drop and a straight line from the head to toes should be maintained.

The lower abs are the hardest to define, among the parts of the core; thus, an exercise to make them pop is the hanging leg raise. It is an isolation pulling exercise that promotes the strength of the abdominal muscles, particularly the lower abs, as per Body Building.

See also  Choosing The Right Highlight for Your Hair

To perform the exercise, hang on a chin up bar as both arms extend at arms length. Also, the legs are straight down and the pelvis should be slightly backwards. Then, the person raises his legs until the torso form a 90-degree angle with the legs. He breathes out as he does the movement and holds the contracted position for a second. Finally, he breathes in as he slowly returns to the starting position. The exercise is done for the planned number of repetitions. For variations, the hanging leg raise can be done using a vertical bench, which allows support for the back, elbows, and arms.

Overall, the abdominal muscles are targeted by people at home and at the gym, as these boost the body’s aesthetics, making them look better. Along with the aforementioned exercises, maximum abdominal development is achieved with proper nutrition and adequate rest.

Super Easy Kimchi Made in Your Own Kitchen