Exercises That Define The Chest

The chest is one of the major muscle groups that people train at home and at the gym. It is primarily because the muscle, when developed and defined, boosts the aesthetics of a person’s body. Also, training the chest boosts its strength, allowing it to create a chain and promote the strength of other muscle groups as well.

In line with chest definition, the following are some exercise that lead to a defined chest.

According to Quick and Dirty Tips, decline push up can be done to define the chest in the decline angle. Other variations include incline and flat chest presses, which help hit the chest from all angles.

To do the compound pushing exercise, the person lies on the floor face down and positions his hands about 36 inches apart while his torso is being held up at arms length. He does the starting position by moving his feet up to a box or bench. Then, he breathes in lowers himself downward until his chest almost touches the floor. Next, he exhales and presses his upper body back up to the starting position while he squeezes his chest. The person also pauses briefly at the top of the contracted position. After that, he starts to lower himself downward for as many repetitions as planned. The dumbbell flyes, along with the cable flyes, are the best exercise for chest definition, according to Body Building. The exercise can be done in an incline, flat, and decline fashion, which allows the person to hit the chest from every angle possible. In addition, the exercise can be done with various grips, arm, and body position.

A good practice is to do the flyes with a mild bend on the elbows to prevent stress at the biceps tendon. The person inhales as he does the movement, taking note that the arms should remain static and the shoulder joint should be the one to function throughout the motion. After that, he moves his arms back to the starting position as he squeezes his chest muscles and exhales. The same movement arc is done to lower the weights. Then, the person holds for a second at the top of the contracted position and does the movement again for the planned number of repetitions.

Another variation of the flyes is the cable flye. It has the same target with the dumbbell flye, but it makes use of cables to provide and maintain tension throughout the movement.

To perform the exercise, the person assumes the starting position by placing the pulley on a high position and chooses the resistance to be used and holds each pullets in each hand. Then, he steps forward while pulling his arms together in front of him. Next, his torso should have a small forward bend from the waist.

Once ready, the person extends his arms to the side in a wide arc until he feels a stretch on his chest. A good practice is to maintain a slight bend on the elbows to prevents stress at the biceps tendon. Then, he inhales as he performs the movement and keeps the arms and torso stationary. He squeezes his chest at the top of the contracted movement, pauses briefly, and returns his arms back to the starting position as he exhales.

Overall, the chest is one of the major muscles people work out and doing so boosts its mass, strength, and definition. Along with the aforementioned exercises, chest definition will be maximized with proper nutrition and adequate rest. 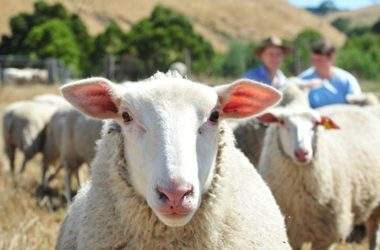 While it’s true that sheep milk is not very popular in the US, the fact is it’s very… 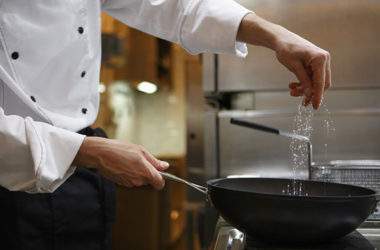 Sweet, sour, salty, bitter — we are all aware of these four tastes. Did you know that there’s… 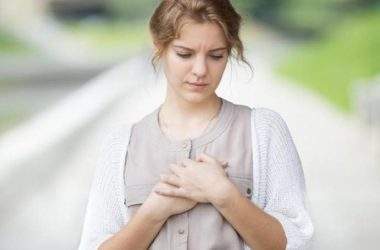 Chest pain is one of the life-threatening symptoms people usually report, since it may indicate problem in the…