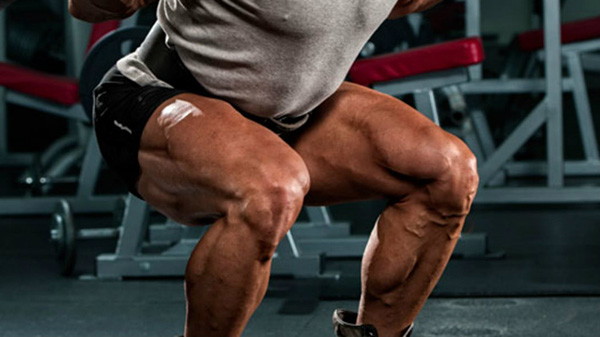 Have You Heard About Green Coffee and Its Benefits?

Make Your Own Miso at Home

The set of defined legs provide aesthetics to a person’s physique, along with the chest, shoulders, arms, back, and abs. Also, a pair of well-trained legs provide support to the upper body, which means it promotes a person’s posture. With the right posture, a person will be far from having back or spine injuries. In line with leg definition, the following are some exercises a person can perform.

As a compound pushing exercise for the quadriceps, calves, hamstrings, and glutes, the squat is performed by placing the weighted barbell on top of the trapezius (also called traps). The person’s chest should be up and his face should be facing forward, with the feet adopting a hip-width stance. Once ready, the person lowers his body by flexing the knees, without moving his hips back as much as possible. This can be done by having the knees travel forward and they should be aligned with the feet. Then, the person continues all the way down, with the weight kept in front of the heel. Also, the upper legs should contact the lower legs, driving the weight upward.

As per Live Strong, back extensions are contracted-position hip hyperextension exercises, specifically targeting the hamstrings and the lower back. According to Dummies, the exercises stretches and strengthens the lower back and it is a suitable partner to crunches when it comes to the development of a stronger and balanced mid-section.

To perform the exercise, the person lies on his stomach facedown, with the harms straight out in front and the legs straight out behind. Then, he pulls his abdominal muscles in, just like creating a small space between the stomach and the floor. Next, the person lifts his left arm and right leg about an inch off the floor and he stretches out as much as he can. He holds the position for five slow counts and he then lowers his arm and leg back down. After that, the same move is repeated with the right arm and the left leg. Finally, the person continues alternating the sides until the set is completed.

The exercise should be done properly and carefully if the person has a lower-back problem or if lower-back pain is experienced while the exercise is performed.

An alternative for the back extension is the ball back extension. It involves usage of physioball, a large plastic exercise ball, but has the same goal as the former alternative. As per Dummies, the person kneels on a physioball and places his hands behind his head. Then, he leans forward and lengthens his body so his torso is resting against the ball and he maintains balance on his toes. Also, the spine should form a straight line from his tailbone to the neck. Then, the person lifts his chest upward a few inches, pauses briefly, and the gradually lowers back down. He crosses his arms over his chest, pulls his abdominals in, and lowers his upper body a few inches by bending at the hips. Finally, the person raises his lower back so that the body is parallel to the floor.

Overall, a pair of muscular and defined legs adds aesthetics to a person’s body and promotes balance and proper posture, preventing injuries. Together with the aforementioned exercises, total leg development is achieved with proper nutrition and adequate rest.

Types of Exercises That Help Regain Voluntary Movement After a Stroke

Things to NOT Do When Drinking Tea