Flatulence has many causes. According to NHS UK, these include smoking, swallowing air, sucking on pen tops or hard sweets, having loose-fitting dentures, not chewing food properly, and swallowing large food pieces. Also, hot and carbonated drinks increase carbon dioxide levels in the stomach, which lead to flatulence. Some food choices also promote gas production in the stomach. Examples include broccoli, beans, cauliflower, cabbage, raisins, artichokes, lentils, pulses, onions, apples, and Brussels sprouts. Even bran, which contains unrefined cereal fiber, is also associated with bloating. As per the publication, some health conditions also contribute to flatulence. These conditions include indigestion, constipation, irritable bowel syndrome or IBS, celiac disease, lactose intolerance, gastroenteritis, and giardasis. The condition may also be caused by certain medications, such as laxatives, antifungal medications, statins, and non-steroidal anti-inflammatory drugs like ibuprofen.

Flatulence presents various signs and symptoms. According to EMedicine Health, these include increased frequency of passing gas, smelly or foul smelling gas production, belching, abdominal bloating, or abdominal pain or discomfort. The condition may be accompanied by severe abdominal cramps, diarrhea, constipation, blood in the stools, fever, nausea, vomiting, and right-sided abdominal pain, along with gas or flatulence.

While certain medications may effectively combat flatulence, some remedies can be done at home to help manage the situation.

One remedy for flatulence is consumption of liquids. According to Everyday Health, the person may drink liquids 30 minutes before meals to prevent losing stomach acids. This remedy also promotes better digestion for proper breakdown of food; this way, excessive gas will not also be produced. In addition, drinking and eating should not be fast; otherwise, the person will swallow a lot of air, which can cause gas. Moreover, dentures should be checked with the dentist if they properly fit to prevent gasping air while eating.

Flatulence can be controlled by yogurt. According to Reader’s Digest UK, eating two to three small tubs of bio-yogurt is beneficial to the stomach, since yogurt contains probiotic bacteria biphidus or acidophilus, which introduces helpful bacteria into the digestive tract. As an option, as per the publication, the person may also take probiotic capsules three times a day on an empty stomach. Probiotics help replenish the beneficial bacteria in the large intestines and prevent gas-producing bacteria from invading the digestive tract.

Another remedy for flatulence is ginger. According to Rapid Home Remedies, ginger helps trigger saliva, gastric juice, and bile production, which all promote better digestion. In addition, as per the publication, ginger contains ingredients like shagaol, gingerol, and otheri volatile oils, which also enhance the digestive process. To add, ginger has properties that promote muscle relaxation and release of trapped gasses in the digestive system. Ginger can be used when cooking foods; it can be added to salads and stir fries, in addition to eating it as raw food.

Apple cider vinegar also helps control flatulence. According to Life Saving Natural Cures and Natural Remedies, the vinegar acts as a cleanser and eliminator, which helps fight excess gas and indigestion. The person just mixes the vinegar in a glass of warm water and slowly sips it. The remedy is done twice or thrice a day on an empty stomach to promote proper digestion.

Flatulence is not a life-threatening condition, but it may be bothersome for some people. Thus, it is best to apply remedies or consider seeking medical consult from a doctor if the event becomes highly persistent; this is for proper assessment, planning, intervention, health education, and evaluation. 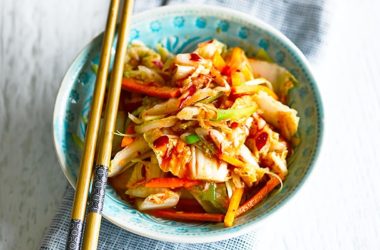 Kimchi might have had humble beginnings, but it is now one of the world’s most renowned superfoods. The… 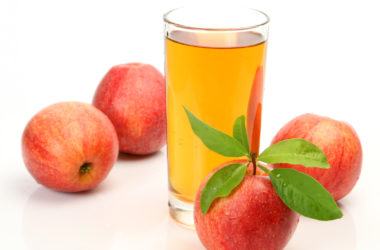 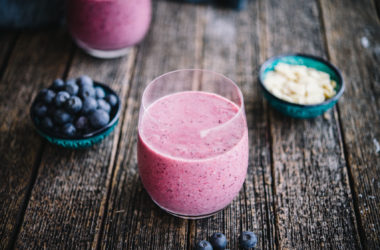 High blood pressure, if neglected, could get worse and affect the vital organs including the heart, kidneys and…