Do you feel like your sex drive just isn’t what it used to be? You aren’t alone — many people feel that way at some point in their lives. In some cases, a decrease in libido may be due to a medical issue. For many people, however, the situation may be remedied without resorting to dangerous medications or other harmful supplements. These foods are natural, safe, and effective libido boosters.

Oysters have long been suspected as a love drug. Cleopatra and Casanova had one thing in common, they loved oysters. Legend has it that Casanova ate dozens of oysters per day. The Venetian romancer once seduced a vestal virgin by seductively sliding an oyster from his mouth to hers. If that doesn’t get you in the mood, I don’t know what will! In fact, current research proves our suspicion. Oysters improves dopamine levels which boosts libido in men and women. Oysters are also high in zinc which is vital for testosterone production and healthy sperm.

Some experts have called watermelon the new Viagra. Bhimu Patil, researcher and director of the Fruit and Vegetable Improvement Center at Texas A&M University, stated eating watermelon delivers Viagra-like effects on blood vessels throughout the body and may increase libido! This cool refreshing fruit contains citrulline amino acid. Citruline is good for the cardiovascular system and helps relax the blood vessels that increase sex drive. 2 If you want to get in the mood, make this Watermelon Sorbet and share it with your partner. I’m all about the easy delicious recipes!

All chocolate comes from cacao bean. In its processed form it is known as cocoa. The Aztecs referred to cacao as nourishment of the Gods. Modern day foodies know raw cacao in its pure unadulteratedform is a superfood. It has more antioxidants than green tea or red wine. It also contains a stimulating chemical known as phenylethlamine, that stimulates the sense of excitement and well being. The Journal of Sexual Medicine published a study that found, women who enjoyed a piece of chocolate every day had a more active sex life than those who didn’t. I get my daily dose of raw cocoa with my Raw Cocoa Coconut Fudge Recipe. I eat it every day, and it’s literally a five minute recipe.

Known for its suggestive shape, asparagus is high in a B vitamin known as folate that aids in increasing the production of histamine. Histamine is important for a healthy sex drive in men and women.3 The most delicious asparagus is just picked, it is so sweet! Grow your own or buy it fresh and organic at your local farmers market.

A recent report stated organic Sicilian avocados are taking Europe by storm. Apparently the Europeans can’t get enough of them. The ancient Aztec’s nickname for avocado was “ahuacatl,” or testicle because of the fruit’s shapely form. The Catholic Spanish priests found avocados so sexy, the forbade them to their parishioners.

Is known by many as Peru’s natural Viagra. Apparently this natural root has been known throughout Peru’s history as a sex enhancing root passed down by the Inca. According to Discovery Health’s medicine hunter Chris Kilam, the maca plant is used by the Peruvian culture to increase strength, stamina, energy, fertility and libido. Wow this sounds like a winning combination! Maybe I’ll start adding it to my morning smoothies.

Like oysters, pumpkin seeds are high in zinc which is essential for healthy sperm production and preventing testosterone deficiency in men. They are also loaded with libido vitamins and minerals like vitamin B, E, C, D, K and minerals including calcium, potassium, niacin and phosphorous.4 Next time Halloween comes around, now you know what to do with those left over pumpkin seeds, roast those babies.

The stuff that makes chilies hot, capsaicin, can actually rev up your libido. Have you ever noticed a natural high when eating chilies? Capsaicin promotes the release of chemicals that can raise your heart rate and trigger the release of endorphins that give you a natural high, which pumps that libido!

Legend has it figs were one of Cleopatra’s favorite foods. According to Dr. Nalini Chilkov, L.Ac., O.M.D, figs have been prized as a sensual food for their resemblance of the female sex organs. The ancient Greeks valued figs more precious than gold and many cultures associated figs with fertility.

Eating raw garlic may make your partner turn the other way in bed, but it can certainly stir up your sexual desire. The heat in garlic is what stirs up your libido. Garlic contains allicin, which is thought to increase blood flow to sexual organs. This trick doesn’t work overnight however, apparently you need to consume it for about a month to reap its rewards. If you can’t stand the raw garlic go for the capsules found at your local natural food market.

Natural Ways to Be Heart Healthy 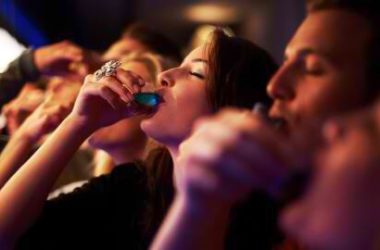 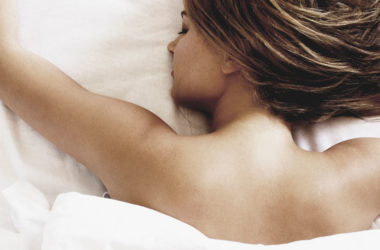 9 Things Dermatologists Avoid – For A Younger and Glowing Skin

There are a lot of things to keep your skin glowing, hydrated and smooth.  But as we age,… 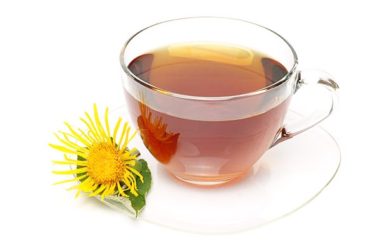 Most especially in Europe where it’s native to, elecampane is known to promote respiratory health. It is the…