Foods to Avoid If You Have Anemia 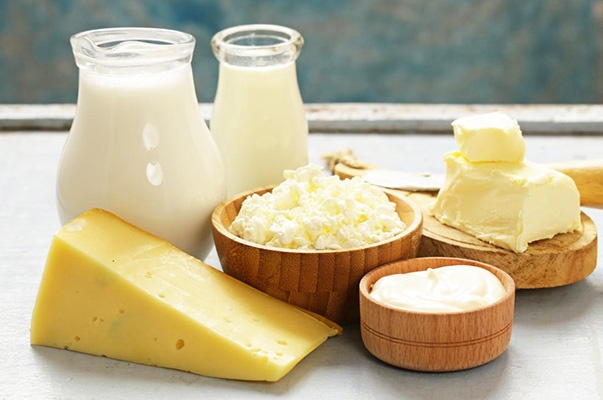 Lose Weight with These Simple Ayurveda Tips and Tricks

7 Physical Effects of Sleep Deprivation You Should Know

There are foods that can help beat anemia. But then there are also those that can keep it from going away or even make it worse. This article will talk about those that you should avoid if you are suffering from anemia.

Everyone knows that in order to fight anemia it’s important to include in one’s diet foods that are rich in iron, a mineral necessary for the production of RBCs. Certain foods should be added to the diet, too, as they help boost the body’s ability to absorb iron, and they are those that contain good amounts of vitamin C.

If you are suffering from anemia, it’s of utmost importance for you to steer clear of certain foods as they are known to inhibit iron absorption. The following are some of those:

We all know that green tea is one of the healthiest beverages on the face of the planet. But did you know that it’s something that can keep you from taking advantage of iron present in the foods you eat? You can put the blame on the tannins present in green tea, say the experts.

Actually, there is really no need for you to completely turn your back on green tea. All you have to do is refrain from taking it at least an hour before and after a meal to make sure that there’s no iron along your digestive tract that green tea’s tannins can keep from being absorbed for the creation of RBCs.

By the way, it’s not just green tea that you should take at strategic times of the day but also black tea. Other foods that contain tannins include barley, sorghum, grapes, pomegranates, apples and nuts.

Gluten can trigger the immune system of people who react unfavorably to it attack and damage the inner lining of the small intestines. This can keep the body from absorbing some of the nutrients present in food, and that includes anemia-fighting iron.

Needless to say, wheat should be avoided by anyone who has anemia as well as celiac disease or gluten sensitivity to make sure that iron in the foods they eat or supplements they take are properly absorbed. Gluten-containing foods that should be dodged, too, include barley, rye, bulgur and couscous.

It’s common knowledge that legumes are some of the best suppliers of muscle-building protein especially among vegetarians. What’s more, they are also packed with fiber that helps fend off constipation, excess body pounds and even deadly heart disease.

Sadly, these foods are contraindicated for people who are suffering from anemia. That’s because legumes contain phytates, which are naturally-existing compounds with antioxidant properties. The problem with phytates is that they can bind with certain nutrients such as iron and keep them from being absorbed by the body.

Needless to say, individuals who are trying to deal with anemia should avoid or considerably limit their consumption of black beans, pinto beans, navy beans, green peas, black-eyed peas and chickpeas. And by the way, various grains such as wheat, oats and brown rice contain phytates as well.

Just like legumes, milk, cheese and other dairy products are packed with protein. However, they are primarily known as fantastic sources of calcium, which is a mineral that’s so important for keeping the bones strong. So in other words, calcium is a major role player in the prevention of osteoporosis.

Sadly, calcium has the ability to keep iron from being absorbed. Needless to say, it’s a very important nutrient that can prevent anemia sufferers from taking full advantage of a very important mineral.

What should you do if you want to recover from anemia ASAP and also considerably lower your risk of suffering from osteoporosis one day? Don’t consume iron- and calcium-rich foods at the same time to make sure that your body gets to produce enough RBCs and your bones get to strengthen themselves.

Comments
Sourcemedicalnewstoday.com
Previous articleMistakes to Avoid in a Plant-Based Diet
Next articleHome Remedies that Banish Sweaty Hands and Feet