Fordyce spots are tiny bumps on the skin. They may be pale, red or yellow-white in color. Because they tend to appear on the lips, shaft of the penis and labia, they can be easily mistaken for sexually transmitted diseases or STDs. However, they are merely cosmetic issues which won’t put one’s health and life in danger.

In fact, Fordyce spots do not cause any pain or itchiness. You cannot obtain them from having sexual or skin-to-skin contact with a person who exhibits them. In other words, Fordyce spots are not contagious. They do not even cause any pain, discomfort or itchiness. However, it cannot be denied that they can be a cause of some serious embarrassment!

Let us take a closer look at these harmless cosmetic problems.

Fordyce spots are actually a type of sebaceous glands, which are tiny structures in the skin that manufacture and secrete sebum, an oily substance that lubricates the skin and hair. However, they are the ectopic kind, meaning they are situated in places where there is no hair, such as the lips, shaft of the penis and labia.

When those ectopic sebaceous glands produce sebum that cannot escape into the skin because of the absence of hair, Fordyce spots tend to develop. Basically, they are raised because of the trapped sebum in the area. According to skin experts Fordyce spots is more common during puberty. They add that they may be due to genetic factors.

When ectopic sebaceous glands become clogged with sebum, they become raised. The bumps that develop may be pale in color, or red or yellow-white, and measure anywhere between 1 to 3 millimeters. They usually form on the lips. Since Fordyce spots also commonly appear on the shaft of the penis and labia, they are easily mistaken for STDs.

As mentioned earlier, Fordyce spots are not brought about by bacterial infection. This is the reason why they do not cause any pain, discomfort or itchiness.

Especially if Fordyce spots appear on the lips, someone who has them may end up embarrassed. A person who thinks that the spots are STDs may develop anxiety or even depression.

Fordyce spots that appear on the genital areas such as the shaft of the penis and labia may have a negative impact on the sex life of the individual. During intercourse, it’s not unlikely for those tiny bumps to be injured and even bleed.

Most doctors say that treatment is not really necessary for Fordyce spots. This is because they tend to resolve on their own and they are natural occurrences, not brought about by any type of bacterial infection or contagious disease.

For individuals with Fordyce spots and want to get rid of those embarrassing bumps, there are a handful of medical treatments available. One of them is the use of CO2 laser, a process referred to as electro desiccation. Another is the use of pulsed dye lasers which is said to cause minimal scarring but can be expensive. Then there is what’s called micro-punch technique that a lot of experts say is the most effective against Fordyce spots.

A doctor may also prescribe tretinoin cream or gel that’s proven effective against Fordyce spots. If the name sounds really familiar, you may have read or heard about it being an effective remedy for acne and wrinkles.

One of the things that can be done about Fordyce spots is to leave those bumps alone. That’s because they tend to resolve on their own. Skincare experts say that good personal hygiene can keep the problem from worsening. Opting for a diet that’s rich in vitamins and minerals can help the body in managing the problem on its own.

Picking those bumps is not a good idea as they may bleed, making them susceptible to getting infected. 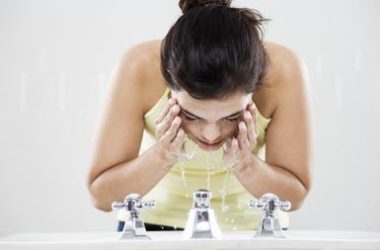 To keep your face looking as youthful as possible, you need to proper skin care. Here I show… 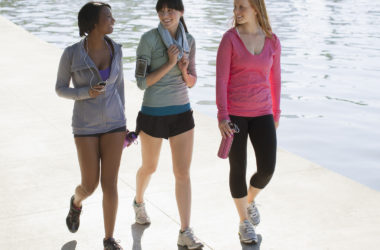