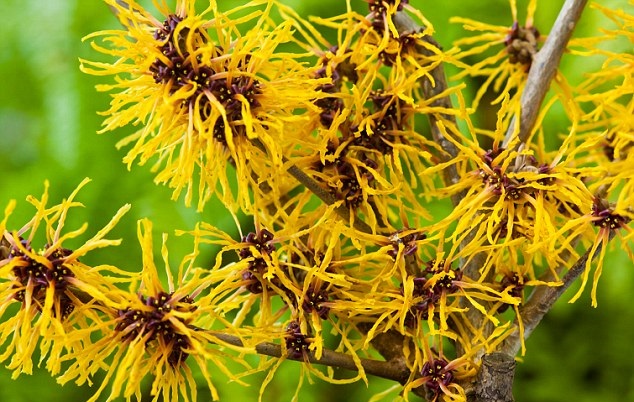 Witch hazel is an astringent obtained from the bark and leaves of a North American shrub of the same name. If the name rings a bell, that’s because you may have already seen it on the list of ingredients of numerous skincare products on the current market. A bottle of witch hazel is actually easy on the pocket. What’s so good about having one in your medicine cabinet or bathroom is it can be used for a variety of health and beauty purposes, such as:

Is your face constantly causing everyone around to squint because it’s so shiny? Simply apply witch hazel most especially on your t-zone to keep excess oil production at bay.

Witch hazel is a staple ingredient of so many astringents and toners because it is capable of shrinking the pores. Thanks to this all-natural beauty solution, you can finally have those close ups posted on social media.

For years now, lots of women swear by the efficacy of witch hazel in lightening dark scars. Use a cotton swab to apply witch hazel on blemishes left behind by pimples, acne, burn or any other skin injury.

Accidentally bumped your shin or arm on the corner of a piece of furniture? Make that noticeable bruise go away quickly by massaging witch hazel on it on a regular basis.

Since witch hazel is very good at tightening the skin, it may be applied around the eye area to help get rid of puffiness. Just make sure that you apply it carefully to keep it from getting into your eyes!

Accidentally spent too much time under the sun? Attain relief from that stinging sunburn by gently patting the affected area with a washcloth soaked in witch hazel.

It’s not just skin that witch hazel can tighten, but also those unsightly varicose veins. Massaging witch hazel on them on a regular basis is said to help improve their appearance.

So many men and women alike count on witch hazel to stop problems that tend to show up after shaving, such as razor burns. It also helps put an end to bleeding due to nicks.

Want to come up with an all-natural deodorant? Simply combine 1/2 cup of witch hazel, 1/4 cup of aloe vera gel, 1/4 teaspoon of baking soda and 10 drops of your preferred essential oil. Apply on underarms after showering.

READ  Things to Wear If You Don't Want to Apply Sunscreen

The next time you go camping, make sure that there’s a small bottle of witch hazel in your backpack because it is very good at providing relief from those itchy insect bites.

Combine equal amounts of witch hazel and water, and apply the resulting mixture on chicken pox using a cotton swab to attain relief from the symptoms the viral disease brings.

Cure otitis externa or more commonly known as swimmer’s ear by placing several drops of witch hazel on the affected ear, and then allowing it to drain out after a few minutes.

A cheap and effective way to combat redness and inflammation psoriasis brings is by applying witch hazel on trouble spots. This solution also works wonderfully on other inflammatory diseases of the skin.

Witch hazel may also be applied on your baby’s buttocks for faster relief from diaper rash. Its anti-inflammatory properties can put an end to your little one’s ordeal — and ultimately your’s too!

Do you now other tried-and-tested uses of witch hazel? Feel free to share them!

Is Washing Your Face All The Time Good for You?