Get to Know Your Uvula, That Dangling Thing in the Back of Your Mouth 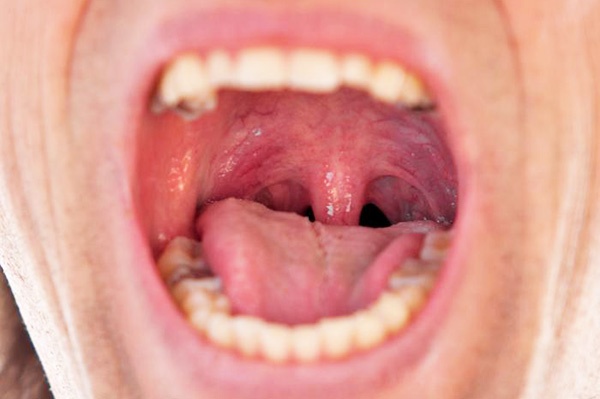 Show Off Stronger And Leaner Thighs With These Moves

Speech, an upright posture, ability to make fire, superior brains — all of these are exclusive to humans. There is also something in your body that cannot be found in animals, and that’s your uvula.

The uvula is a thing that not only looks odd, but also has baffled scientists to date. That’s because no one really knows the exact reason why it’s there dangling in the back of your mouth. However, experts kind of have an idea why humans have uvulas and the rest of the animal kingdom do not.

But before we tackle what those probable reasons are, let’s first take a look at some really interesting facts about that part of your body that makes its presence known each time you say “ah!”

The name of your uvula is derived from the Latin word “uvola”. It’s meaning? A small bunch of grapes. In addition, your uvula actually has a complete name, and it is “palatine uvula”. It’s for the obvious fact that it is attached to the soft palate of your mouth.

In countries in East Africa such as Nigeria and Kenya, the uvula is removed for traditional purposes. The practice is very much similar to genital cutting. In a hospital setting, the removal of the uvula is referred to as “uvelectomy”, and it’s performed as a medical treatment for excessive snoring and sleep apnea.

The uvula may be removed together with part of the soft palate or roof of the mouth, tonsils and excessive tissues of the throat in order to keep the airways from being blocked, which can have some serious health implications if it tends to happen while a person is asleep.

You may live a normal life even with your uvula removed. However, some people who underwent uvelectomy developed complications. Some of them had changes in speech and voice quality. Some of those who had their uvulas removed reported of excessive secretions drained via their noses.

Some people’s uvulas have two parts instead of just one, and it’s something that doctors refer to as “bifid uvula”. A person who is born with a bifid uvula can lead a perfectly normal and healthy life. However, a bifid uvula may sometimes be due to having a cleft palate.

Now that you know some really interesting facts about the uvula, it’s time for us to take a look at some of the reasons why you have this dangly structure inside your mouth, according to scientists:

READ  Natural Oils to Use for Your Hair

It is used for producing consonant sounds in certain languages. Some of them include German, French, Turkic and Celtic languages. Experts say that the uvula is also sometimes employed for producing palatal trill, which is used by people in some parts of the UK. However, some researchers indicate that the removal of the uvula does not have unfavorable effects on speech.

The uvula keeps food and drinks from going up the nose. Some theories say that the uvula is there in order to keep anything you eat or drink from going the wrong way, in particular up your nose. However, this purported function of the uvula is not foolproof, as evidenced by suddenly laughing while you’re eating or drinking.

It helps control your immune system. According to some scientists, the uvula is showing signs that it actually keeps the immune system from attacking foods and certain harmless things that you inhale. Similarly, some studies say that the uvula also offers some form of protection against invading microbes.

Have you heard of any other uvula fact or function? Kindly share it below!