Get to Know the Dangers of Thirdhand Smoke 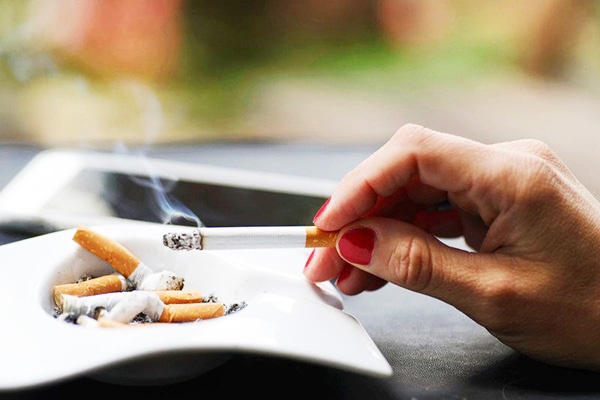 Eat Chocolate Not Less Than Once a Week and This Will Happen to Your Brain!

Five Reasons Why You Should Eat Mushrooms

This article will get you acquainted with thirdhand smoke, including most especially the dangers it brings.

After reading, make sure that you share this on your various social media sites to get everyone you care about introduced to thirdhand smoke, especially those who have children — health experts say that very young kids are especially vulnerable to the harmful effects of thirdhand smoke!

Everyone knows that smoke emitted by cigarettes tend to stick to anything that it comes into contact with. It’s exactly for this reason why it can be very easy to tell if someone just recently lit up a cigarette stick.

It’s upon this fact that thirdhand smoke is based — thirdhand smoke is basically residual smoke that adhered to indoor surfaces and objects such as tabletops, carpets, sofas, throw pillows, bedding, curtains and walls. The problem is it tends to stay around even after smokers have ceased smoking for a long time already.

The trouble with thirdhand smoke is it’s so stubborn. According to scientists, it’s something that cannot be eliminated by opening the windows. Repeated cleaning and laundering, however, can get rid of it.

Experts say that thirdhand smoke can actually be most dangerous of the bunch because its poisonous chemicals can mix with indoor pollutants, which can result in the production of really toxic compounds. Investigations revealed that some of the resulting compounds are carcinogens, or substances that can trigger cancer.

Smokers and non-smokers alike are in peril as they can easily inhale those toxic compounds generated by the merging of residual smoke and indoor pollutants.

Children, according to health professionals, are at higher risk because they can inhale as well as ingest those poisons, most especially very young kids as they tend to put their hands in their mouths after touching indoor surfaces and objects, many of which can be sources of thirdhand smoke!

Just like what’s earlier mentioned, ventilation is not the solution — you will need to clean surfaces repeatedly and launder washable objects over and over again just to get rid of thirdhand smoke. At times, you may have to replace carpets, repaint walls or have ventilation systems professionally cleaned to completely eliminate it.

Cannot ditch smoking? Then make sure that you refrain from carrying out your habit indoors.

How to Reverse Weight Gain Due to Hormones

Drinking Coconut Water Allows You to Enjoy These Benefits