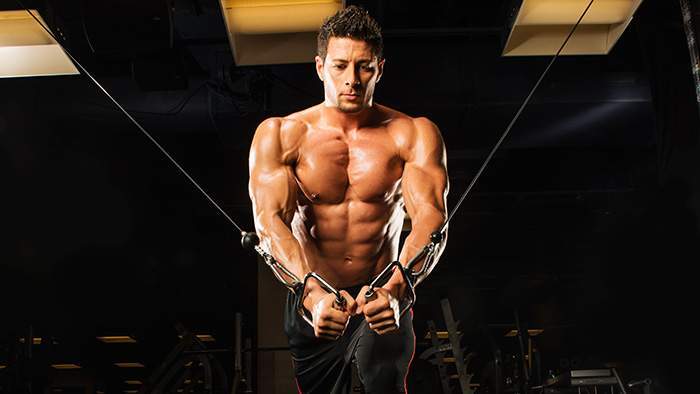 The chest is one of the muscle groups people commonly train at the gym. A well-trained chest is capable of supporting other muscle groups during workout or when doing various activities and it also adds aesthetics to a person’s physique, especially those who join body building contests. In line with this, the following are some exercises that help build a three-dimensional chest.

The inclined barbell press is one of the exercises for a 3D chest, as it engages the upper part of the pectoralis muscle, also known as the pec. As per IFBB Pro Mark Dugdale, as cited by Muscle and Performance, he does the exercise for three sets, with six to ten repetitions per set.

Along with the chest, the exercise also engages the triceps. To perform, the person loads the bar to an appropriate weight for the training. Next, he lies on the bench with his feet flat on the ground, driving to his hips. His back should be arched and his shoulder blades should be retracted. Then, the person grabs the bar using a medium and pronated grip and removes it from the rack. He holds the weight above his chest, with his arms extended. After that, the person lowers the bar to his sternum by flexing his elbows. Also, a good practice is to maintain control and to not bounce the bar off the chest to prevent injury. In addition, the latissimus dorsi or lats should stay tight while the elbows are slightly drawn in. Finally, the person extends his elbows to return the bar to the starting position.

The flat dumbbell flyes also help contribute to a three-dimensional chest. Compared to the flat barbell bench press, the exercise offers a wider range of motion, which increases the stimulation of chest muscle fibers.

According to Muscle and Strength, the person grasps a set of dumbbells and sits on the end of a flat bench with the dumbbells resting on his thighs. Next, he lies back on the bench and extends his arms out. A good practice is that the dumbbells should not be touching to preserve the tension on the chest. Also, the feet are kept planted on the floor to maintain balance. Then, with the arms slightly bent, the person slowly lowers the dumbbells out to his sides in a semi-circle and rotates at his shoulders. As the dumbbells go to chest level, the person squeezes his chest muscles and raises the dumbbells back up with the same movement direction as he did on his way down.

For the lower chest, a person can do the low cable crossover. According to Muscle and Fitness, it can be done as a “pre-exhaust move” for multijoint bench presses. The exercise is accompanied by the incline dumbbell flye, barbell bench press, and dips, as per the publication.

To perform the exercise, the person makes the starting position by placing the pulleys at the low position. Next, he selects the resistance to be used and grasps a handle in each hand. Then, he steps forward and gains tension in the pulleys, with his palms facing forward, hands below his waist, and his arms straight. Then, he bends his arms slightly and draws his hands upward and toward the midline of his body. His hands should also come together in front of the chest, with the palms facing up. Finally, the person returns his arms back to the initial position.

Overall, people usually train the chest to boost their body’s strength and aesthetics. The chest’s total development can be achieved with the aforementioned exercises, adequate rest, and proper nutrition.