Have You Heard About an Eye Stroke? 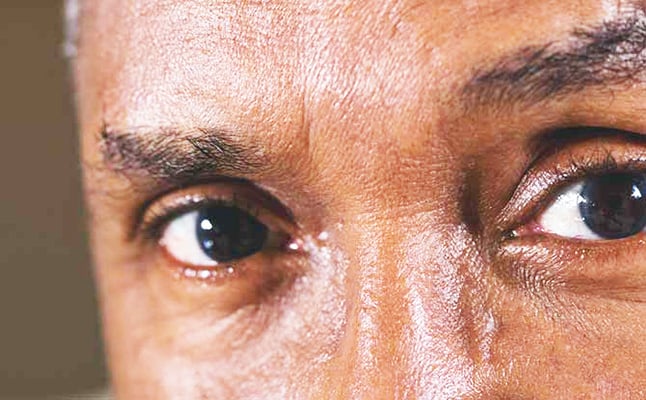 Risk Factors of Stroke That You Should Know

When stroke is mentioned, most of us immediately think about the brain. Did you know that a stroke may also strike the eyes? In this article, you will learn about some of the most important matters about an eye stroke, such as its cause, symptoms and treatment. So if you cannot imagine living without seeing the world around you, keep on reading.

Remember to share this article on your various social media sites afterwards to also get your family members and friends acquainted with an eye stroke, too.

A stroke happens when one of the blood vessels that supply the brain with blood becomes clogged because of a blood clot, thus depriving some brain tissues of oxygen.

Well, pretty much the same thing happens with an eye stroke. In the back of your eyeball is what’s called the retina, a layer of light-sensitive cells that send impulses to the brain via the optic nerves. Since the retina is a living tissue, it requires constant supply of oxygen-rich blood.

Diabetes, glaucoma, rare blood disorders and other cardiovascular diseases are some of those that can also cause an eye stroke to happen.

By the way, doctors say that cigarette smokers are at risk of suffering not only from an eye stroke, but also a stroke that happens in the brain. Needless to say, having a healthy lifestyle is very important in keeping an eye stroke at bay.

Most of the time, an eye stroke does not come with pain. However, it’s possible for an individual to also experience pain or pressure in the affected eye.

Having changes in vision is a classic symptom of an eye stroke. Since the retina is deprived of much-needed oxygen, such is something to expect. In some cases the vision may only become blurry, but other times it is the peripheral vision that is affected. It’s possible for loss of vision to happen, too.

Usually, an eye stroke happens suddenly without any warning. This is why many who suffer from it report waking up one day with changes in their vision. However, at times an eye stroke may develop slowly over a few hours or days.

One of the telltale signs that it is an eye stroke that you are suffering from is only one of your eyes is affected. Also, you may notice an increase in floaters, which happens due to the leakage of blood or fluid from the blood vessels that supply oxygen-containing blood to the retina.

As soon as you notice changes in your vision, it is a good idea to immediately step foot inside the clinic of an eye doctor to attain treatment as soon as possible, thus fending off the biggest complication of an eye stroke which is complete loss of vision.

In treating an eye stroke, it’s important for the cause of it to be established by the eye doctor. For instance, corticosteroids may be administered if it’s due to the inflammation of the blood vessels that allow the retina to obtain oxygenated blood.

If a blood clot is the cause of the problem, then a clot-dissolving drug may be taken in order to reestablish blood supply to the retina.

Comments
Sourcehealthline.com
Previous articleBedroom Plants for Sleep Apnea and Insomnia
Next articleHow Does Anger Affect Your Body and Brain?

Tips on How to Detox After the Holidays