Have You Heard About Man Flu? 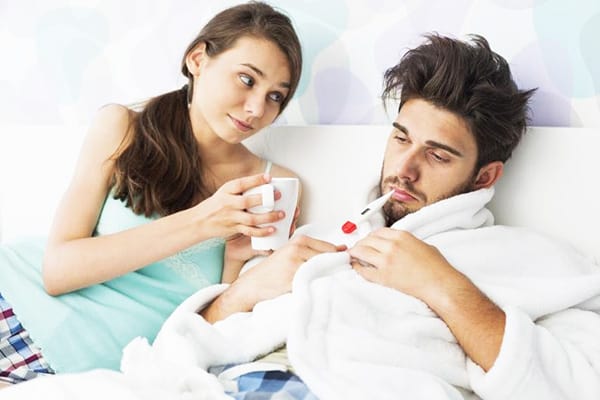 Are you a man and sick and tired of being accused that you are amplifying your symptoms each time you’re down with the flu? Then this article is made exclusively for you. Below you will learn why the so-called man flu that’s commonly thrown around as a form of mockery may be real after all, according to scientific investigations.

Don’t forget to repost this article afterwards to let everyone know that you should not be told to put an end to your theatrics each time you’re afflicted with the flu.

It’s No Longer Just a Hashtag

Actually, man flu is a term that can be found in a couple of today’s Dictionary, which is something that’s expected as it’s being found or used practically everywhere, especially in social media. According to Oxford, man flu is a minor respiratory illness like the common cold that is treated by a man as though it were the flu or something far more serious.

But just because man flu is already found in dictionaries doesn’t necessarily mean right away that it will be taken seriously from now on. Well, there is a science to it, and the pieces of information concerning it are apparently worth looking into.

Your Immune System is Actually Weaker

Actually, researches have shown that men whose testosterone levels were higher had less than stellar antibody response to vaccination. Such indicates that a man’s immune system reacts unimpressively to foreign substances, such as bacteria and viruses.

On the other hand, numerous studies have proven that women had more reactions, local and systemic alike, to the flu shot than men. In other words, it’s possible that women’s bodies are simply more responsive to vaccinations.

Evolution Has a Say, Too

Based on an evolutionary theory, it is meant to be for men to experience worse symptoms when down with an infection than women, and such is necessitated for them to have longer lives.

In order to safeguard our male ancestors, they had to face severe symptoms when ill in order to keep them inside their caves and stop hunting, which could easily establish the fact that they are not on the top of the food chain in the wild. Mother Nature has figured out that it’s likelier for men to die from a trauma than an infection, and that’s why she did not bother spending much time perfecting a man’s immune system.

Such evolutionary behavior is carried out these days even though things are a lot different. When down with the flu or any other infection, a man tends to suffer from it for a much longer period of time and also with more severe symptoms.

When other medical issues are taken into consideration, it can be quite clear that men may actually perceive diseases in a different way.

Take for example pain that is brought about by coronary artery disease: during a heart attack, men tend to experience the classic crushing pain in the chest. On the other hand, women may encounter symptoms that are more on the atypical side, such as fatigue, shortness of breath and nausea.

Other diseases like lupus, depression and osteoporosis can look different in men and women, and that is why it’s not really a good idea to assume that man flu is just a man’s excuse to lie in bed or sit in front of the TV more.

An Egg Yolk a Day Keeps the Doctor Away

Is Washing Your Face All The Time Good for You?