Have You Heard About Nature Deficit Disorder? 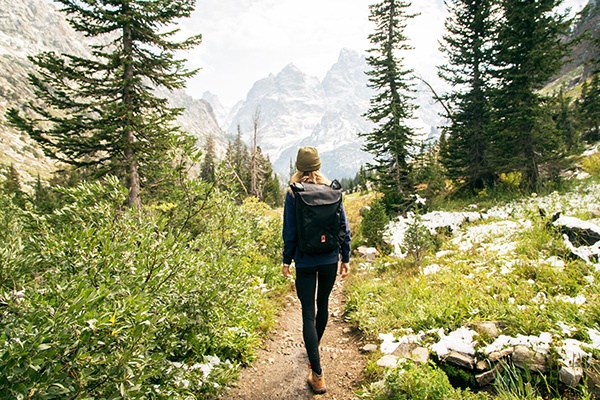 Home Remedies for an Itchy Palate

Do you live right in the middle of the city and most of your waking hours are spent inside the home, workplace and malls? If you are feeling depressed and anxious, it’s not unlikely for you to have nature deficit disorder.

Keep on reading this article to know more about it.

Feel free to share this article on your various social media sites to get your family and friends know about nature deficit disorder, too, and learn some of the steps to take to deal with it.

Also called NDD for short, nature deficit disorder is not a legit medical condition. This means that it’s not something that cannot be found in medical books, and most doctors may not know anything about it.

Nature deficit disorder is actually coined by Richard Louv, author of the book called “Last Child in the Woods: Saving Our Children from Nature Deficit Disorder”. Louv came up with it in order to point out some of the unfavorable effects of human’s alienation from nature.

It is said that humans are not really made to be surrounded by concrete, metal, industrial noises and other things that mostly comprise today’s very toxic urban living.

Without enough contact with nature, it’s possible for depression and anxiety to strike adults. Having high levels of stress and ultimately the many complications of stress is very likely, too. It’s also very common for someone who has nature deficit disorder to gain a lot of unwanted pounds and become obese.

Children are also highly vulnerable to nature deficit disorder, causing them to have short attention spans which can easily have an unfavorable effect on their learning abilities.

Quite clearly, the root cause of nature deficit disorder, just like what the name says, is not having enough contact with or exposure to nature. It’s exactly for this reason why it is commonly observed in people who are very busy and living in bustling cities, spending most of their time slaving away.

Since nature deficit disorder is not a recognized medical condition, there is no drug available for it.

However, it’s something that is completely avoidable or manageable, and the solution is something as simple as having more contact with nature.

Some of the things that may be done include:

Spending the weekend exploring the great outdoors, such as going hiking or paying the beach a visit.

Turning a small patch of land in the backyard into a beautiful garden.

Taking care of plants that can be easily grown inside the home, be it ornamental ones or herbs.

Buying a desktop fountain that fills the room with the sound of running water.

Hitting the nearest park to get enough vitamin D from the sun and also have one’s dose of exercise.

Can you think of some other tips on increasing one’s exposure to nature as well as bringing nature into the home? If you have some amazing ideas, don’t be too shy to share them in the comments section below so that others, including most especially those who suffer from nature deficit disorder, may give them a try!