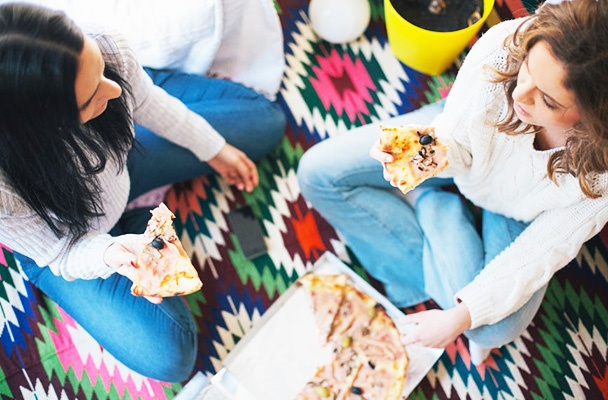 Tips to Have a Perfect Beach Body for Summer

Most of the popular weight loss diets around are those that considerably restrict your intake of carbohydrates. Some really well-known examples include the ketogenic diet and Atkin’s diet.

Although it’s true that a lot of people are attesting the effectiveness of these diets, the sad truth is it’s not unlikely for the impressive weight loss result to be short-lived. It’s for the fact that it can be extremely challenging for anyone to live forever skipping foods that contain carbohydrates.

If you’re a huge fan of the ketogenic diet and Atkin’s diet but you do not like the idea of staying away from carbs for good, then you’ll be happy to know that there’s a new form of diet that’s very similar to the given low-carb diet examples that enables you to still enjoy carbohydrate-rich treats at a particular time of the day.

Such is what’s referred to as the carb backloading diet, and this article will get you introduced to it.

Put simply, the carb backloading diet is all about steering clear of anything that has carbohydrates in it, making it very similar to other low-carb diets out there that you can think of. According to its proponents, you should limit your daily carbohydrate intake to less than 30 grams, which is the amount of carbs present in a small piece of fruit or two slices of bread. Needless to say, you should focus on foods that are rich in protein and fats.

But here’s the fun part: at night, it’s perfectly fine for you to have all the carbs that you want! Those who push the carb backloading diet highly recommend working out later in the day before adding carbohydrate-rich foods to the diet.

During the day, steering clear of carbohydrates, which is converted into sugar that serves as the primary source of energy of your cells, causes your body to turn to its fuel reserves — fat cells. It’s basically for this reason why the ketogenic diet and Atkin’s diet are known to cause rapid elimination of excess pounds.

At night especially after working out, the carb backloading diet recommends the intake of foods containing carbohydrates in order to encourage the development as well as maintenance of lean muscles. So in other words, the carbs you consume at night end up being used by your lean muscles rather than being stored as fat cells for use later.

Those who like to lose weight are highly encouraged to build and maintain lean muscles because of the fact that they tend to burn a lot of calories all the time, thus causing the acceleration of the metabolism.

Unfortunately, the carb backloading diet is not for everybody.

Because you have to limit your carbohydrates to less than 30 grams before nighttime or working out later in the day, it’s not unlikely for your blood sugar levels to plummet to dangerously low levels.

Since at night it’s practically sky’s the limit when it comes to consuming carbohydrate-rich foods, you can expect for your blood sugar levels to spike. It’s no secret that poor management of blood sugar levels can cause all kinds of type 2 diabetes complications to strike, ranging from peripheral neuropathy, amputations, kidney damage to heart disease.

Whether it is carb backloading diet or any other form of diet that you want to try, make sure that you inform your doctor about your plan most especially if you have a medical condition or are in the family way.

The Dangers of Rapid Weight Loss