Blueberries are fruits of perennial flowering plants from the genus Vaccinium and the section Cyanococcus. Native to North America, the fruit species from the Cyanococcus section are the most common. Grown commercially in the Southern Hemisphere in New Zealand, Australia, and South America, the following are the health benefits of blueberries.

Blueberries are packed with vitamins and minerals. According to Nutrition Data, the fruit contains vitamins A, B, C, E, and K. Vitamin A is great for vision and the integrity of the skin and mucus membranes. Vitamin B, on the other hand, promotes the brain’s function, which include thinking, learning, sensation, and memory. Then, vitamin C boosts the body’s defenses against sickness and infection and it also promotes the function of collagen, as substance that acts as cement and binds loosely connected cells and tissues. Vitamin E also promotes skin health and along with vitamins A and C, vitamin E also acts as an antioxidant, helping the body get rid of unwanted and toxic substances like free radicals. Meanwhile, vitamin K helps in wound healing with its blood clotting mechanisms.

In terms of minerals, blueberries contain calcium, iron, magnesium, phosphorus, potassium, sodium, zinc, copper, manganese, and selenium. Calcium and phosphorus play a role in strengthening the bones and teeth while iron promotes oxygenation of the cells and tissues. Magnesium improves neuromuscular coordination while zinc promotes wound healing and digestive health. Copper and manganese boost metabolism and the growth and development of cells and tissues while selenium prevents cellular damage by releasing antioxidant enzymes. Then, sodium and potassium contribute in body fluid regulation and the latter also helps prevent heart diseases by lowering the blood pressure via relaxation of the blood vessel muscles.

Blueberries also help in cognition. Aside from vitamin B, blueberries contain polyphenolic compounds, which reduce oxidative stress and inflammation, according to Mercola. As per the publication, these properties contribute to reversing the signs of age-related cognitive decline, covering both memory and motor areas.

To prepare, as per the publication, two parchment-lined baking sheets are coated with cooking spray. Then, flour, baking powder, sugar, salt, and baking soda are whisked together in a large bowl. Next, butter and cold cream cheese are incorporated into the flour mixture with a pastry cutter or fingers until the resulting mixture looks like a coarse meal. It is transferred to the freezer and is chilled for 30 minutes. After that, an oven is preheated to 425 degrees, with the racks in the upper and lower thirds. Then, half of the flour mixture is transferred to another big bowl. Next, the blueberries are added to one bowl and the strawberries to another bowl. Once done, six tablespoons of buttermilk are gradually stirred into one bowl, gently folding with a rubber spatula until a sticky dough is formed.

The dough is divided into four even mounds, which are placed two inches apart on a baking sheet. The process is done with the second mixture and the remaining six tablespoons buttermilk. The dough is baked while rotating halfway through for about 20 minutes, until the shortcakes become golden brown in color. They are allowed to cool on baking sheets for five minutes, before they are transferred to wire racks to completely cool.

The remaining six ounces cream cheese and sugar are beat with a mixer on medium speed, until a smooth consistency is achieved. Next, cream is added to the mixture and is beat for a minute, until the resulting mixture becomes smooth and thick. Once done, the shortcakes and berries are sprinkled with sugar, prior to serving.

Blueberries are beneficial to due to their nutritional contents. Thus, their inclusion to various meal recipes will improve a person’s total health and wellness. 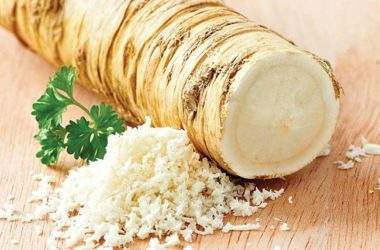 Horseradish, with the scientific name Armoacia rusticana, is a plant from the Brassicaceae family. A relative of broccoli,… 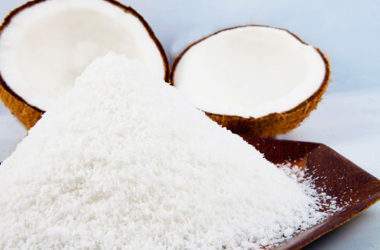 Desiccated coconut is coconut meat that is grated and dried. You can get it at most supermarkets and… 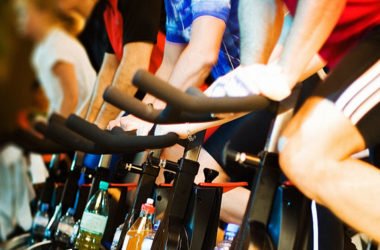 It could really be tiring after a long day at work. but here we have compiled 7 exercises…