Costmary is a perennial temperate herb. With the scientific name Tanacetum balsamita, the plant is also known as a spice people use today. Its other names are alecost, bible leaf, mint geranium, and balsam herb. As a spice, it contains a number of health benefits.

Costmary is rich in minerals. According to Nutrition Data, the spice contains calcium, iron, magnesium, phosphorus, potassium, sodium, zinc, copper, selenium, and fluoride. Calcium and phosphorus work together to strengthen the bones and the teeth. Then, iron helps with adequate oxygenation of tissues and cells. On the other hand, magnesium promotes neuromuscular health while zinc promotes wound healing the digestion. Copper boosts metabolism and cellular growth and development while selenium prevents cellular damage by releasing antioxidant enzymes. Sodium, potassium, and fluoride help maintain fluid balance and among the three, potassium is also responsible for preventing cardiovascular disease like hypertension by relaxing the muscles of the arteries.

Costmary can be used as first aid for minor injuries. According to Veggies Info, the plant’s leaves can be crushed to relieve pain from bee stings, minor wounds, and burns. Also, the leaves can be made into an ointment, which is used to treat mild skin irritation, bruises, and blisters. In addition, costmary can be made into a tea, which can help sooth stomach upset, colds, and cramps.

According to Tip Disease, costmary has astringent and antiseptic properties, which makes it capable of treating ailments like colds, fever, flu, indigestion, worms, and diarrhea. Along with the aforementioned, the ointment can also be used for old ulcers, dry itches, shingles, scabs, and external vermin.

Costmary also helps improve the health of the gastrointestinal system. According to Fran’s Alt Health, modern herbalists do not usually use costmary; however, it can be used to manage liver, digestive, and gallbladder disorders. As per the publication, a person can make a standard infusion by using 30 grams or an ounce of dried leaves or three handfuls of fresh to 570 ml or 2.5 cups (United States scale) and a pint (United Kingdom scale) of boiling water. The infusion is allowed to steep for between 15 minute and four hours and then strained for use. Also, the dosage used is up to 240 ml or eight fluid ounces per day, which is divided into three doses.

Costmary can be added to a wide variety of recipes, which include Stuffed and Baked Eggs with Costmary or Mint. As per Coquinaria, the dish stands as the medieval first course dish from Germany. According to the publication, the ingredients include six hard boiled eggs, a tablespoon and a teaspoon of butter, one raw egg, six sage leaves without the thick vein in the middle, half teaspoon of saffron, two eggs, two to three tablespoon of wine vinegar, one and a half tablespoon of clear honey, saffron, salt, pepper, and four leaves of costmary or mint.

To prepare, as per the publication, the oven is preheated to 150 degrees Celsius. Then, the butter is melted in a frying pan and the stuffed eggs are baked, with the stuffing on the bottom initially baked. Next, they are turned over after two minutes and are fried for few more minutes. Then, the eggs are arranged in a casserole. After that, the raw egg and honey sauce are whisked and poured over the stuffed eggs. They are baked in the oven for 15 minutes until the mixture has set. According to the publication, the meal was served as first course during the medieval period. However, it is now served as lunch or snack at present.

Costmary is regarded as a healthy ingredient to various meals. Thus, adding it to food recipes will help boost the health and well-being of an individual or family.

Chair Exercises to Get Rid of Stomach Fat 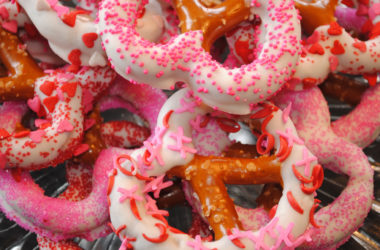 Fight and Control Sweet Cravings With These Surprising Ways 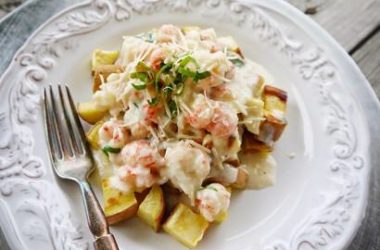 Lobsters have long been considered as a luxury food item. When eaten in moderation, lobsters can make for… 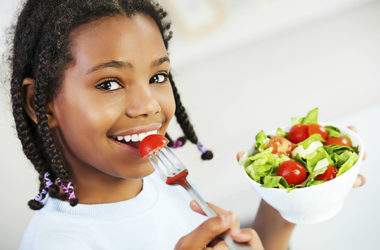 Fight Stress with These Foods

Do you ever feel like you’re hungry as a horse when you’re drained mentally and physically? That’s called…