Fenugreek is one of the herbs and spices people use today. With the scientific name Trigonella foenum-graecum, it is an annual plant from the Fabaceae family. The plant is grown as a semiarid crop on a global scale and its seeds serve as a usual ingredient in Indian dishes. As an edible plant, the following are its health benefits.

Fenugreek contains a lot of minerals. According to Dr. Axe’s official website, fenugreek contains iron, manganese, copper, magnesium, and phosphorus. Iron ensures adequate oxygenation to tissues and cells while magnesium promotes neuromuscular coordination. Then, copper and manganese function in metabolism and growth and development of cells and tissues.

Fenugreek also helps in milk production. According to Kelly Mom, the plant has been reported as an excellent galactagogue for some mothers and it has been used for a long period of time. Also, some clinical studies support this finding. However, it is still the best practice to keep in mind that non-pharmacological strategies of boosting milk supply should be done first, since there can be considerable side effects from herbal remedies and prescription medications. As per expert Kathleen Huggins, as cited by the publication, adequate milk production is also retained as long as adequate breast stimulation and emptying is ongoing.

Fenugreek helps in the management of diabetes mellitus, an endocrine disorder characterized by a prolonged increase in the blood sugar levels. According to a study, as per Organic Facts, fenugreek was added to the diet of people with type 1 diabetes mellitus. It was found that the sugar level in the urine was decreased by 54 percent.. Also, fenureek delays the absorption of glucose into the bloodstream, due to its natural fiber galactomannan. Also, the plan has the amino acid 4-hydroxyisoleucine, which stimulates insulin production. Thus, 15-20 grams of the plant is advisable for diabetes management, improving the body’s overall health state.

Fenugreek can be added to various meal recipes, such as Four Seasons Chicken Curry. According to All Recipes, the ingredients include a teaspoon of fenugreek seeds, six whole cloves, a teaspoon of coriander seeds, a tablespoon of brown sugar, one inch of stick cinnamon, one piece fresh ginger root (grated), three gloves of garlic (sliced), one medium onion (chopped), three tablespoons of vegetable oil, six whole cardamom pods, a teaspoon of crushed red pepper flakes, ten whole black peppercorns, two pounds skinless and boneless chicken breast halves (diced), three tablespoons curry powder, one cup and a half of water, a tablespoon lemon juice, half cup of light cream, salt, and pepper.

To prepare, as per the publication, oil is heated over medium heat. Next, the onion is cooked until lightly browned. Then, the garlic, cinnamon, brown sugar, fenugreek, cardamom, peppercorns, red pepper, cloves, coriander, bay leaves, and ginger are mixed in, cooked, and stirred about three minutes. After that, the chicken is placed in a wok and is cooked until it becomes light brown in color. Then, the curry powder is mixed and the water is poured an d is brought to a boil. After that, the heat is reduced and the food is covered and simmered for 30 minutes. Additional water is poured to keep the chicken covered. Then, lemon juice is mixed in and the food is seasoned with salt and pepper. Cooking is continued for at least 15 minutes. Finally, the cream is stirred in and the cinnamon stick and bay leaves are removed before serving.

Fenugreek is one of the healthy food options; thus, its addition to various recipes helps promote a person’s total health and well-being.

How to Stay Motivated in Losing Weight

Make Your Own Shower Disks That Ease a Stuffy Nose 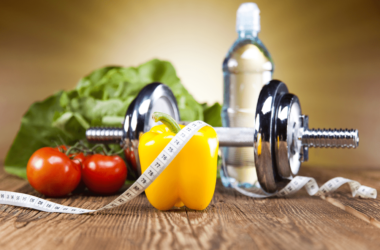 Simple Tips on How to Start Your Healthy Lifestyle

Following a healthy lifestyle is what health experts recommend us to do, but it’s easier said than done,… 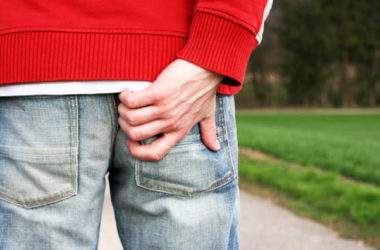 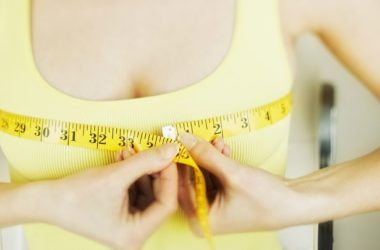 Tips on Increasing Your Breast Size Without Surgery

It’s true that undergoing the knife allows you to have the breasts of your wildest dreams. However, this…