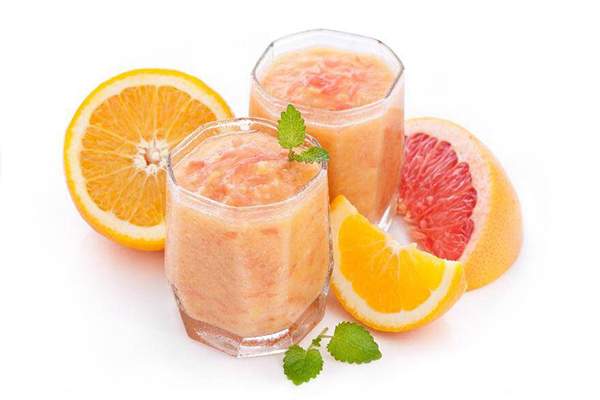 Grapefruit is the fruit of a subtropical citrus tree and it is a cross between two citrus species – sweet orange and pomelo. Known to come from Asia, the fruit was named as the “forbidden fruit” and it is usually mistaken as the pomelo. As a fruit, grapefruit has a number of health benefits.

Grapefruit is rich in vitamins and minerals. According to World’s Healthiest Foods, the fruit is rich in vitamin A, vitamin B, and vitamin C. vitamin A is essential for vision, as well as to the integrity of the skin and the mucus membranes. Vitamin B is important to the function of the nervous system, which includes learning, thinking, and memory. On the other hand, vitamin C is known for its ability to raise the body’s defenses against infection and sickness. It also promotes the health of the gums, in addition to boosting the function of the substance called collagen. Collagen acts as cement, binding loosely connected cells and tissues.

In terms of minerals, grapefruit contains copper and potassium. The former is responsible for the growth and development of various tissues and organs of the body. It also helps promote the body’s physiologic processes. On the other hand, potassium helps maintain the body’s fluid volume, as it neutralizes the water-retaining action of sodium. Potassium is also know for its role in promoting healthy muscle contraction, which includes the heart. Thus, the mineral also promotes proper heart contraction and rhythm.

Grapefruit also helps boost a person’s immune system. According to the George Mateljan Foundation, as cited by Live Science, half a medium-size grapefruit gives 59 percent of a person’s daily vitamin C needs. As per the Linus Pauling Institute at Oregon State University, as cited by the publication, vitamin C also plays a role in immunity and helps neutralize free radicals in the body. In addition, the vitamin activates the white blood cell production, which is essential to the integrity of the immune cells. Moreover, the vitamin also protects the white blood cells, which also generates antiviral agents.

Grapefruit also helps in weight management, specifically weight loss. According to Medical News Today, Dr. Ken Fujioka’s The Scripps Clinic Grapefruit Diet trial assessed and monitored the weight and metabolic variables of 91 obese men and women for 12 weeks. The study findings revealed that after 12 weeks, the group who consumed fresh grapefruit has lost the most weight at 3.52 lbs. On the other hand, the grapefruit group had lost 3.3 lbs. Meanwhile, the grapefruit capsule group had lost 2.42 lbs while the placebo group had lost 0.66 lbs. Moreover, half of the fresh grapefruit consumed before meals was also linked to improved insulin resistance.

READ  Reasons For Back Neck Pain And Home Remedies
READ  Having A Baby? Shun Away From These Beauty Regimen

To prepare, the person whisks soy sauce, grapefruit juice, ground ginger, and salt together in a small bowl. Then, the salmon is laid into a shallow baking dish, with its skin side down. Next, the grapefruit juice mixture is poured over the salmon. After that, the baking dish is covered with plastic wrap and the salmon is marinated in the refrigerator for an hour. Once done, the oven is preheat to 200 degrees Celsius. Finally, the food is baked in the preheat oven for about 40 minutes, until the salmon easily flakes with a fork.

Grapefruit is packed with health benefits. Its inclusion to various meal recipes helps promote the health and wellness of a person and his family.

Previous articleWhy Eat Salsify? Here are the Reasons!
Next articleDiet Do’s and Don’ts for Oily Skin