Molasses is a byproduct of refining sugar beets or sugarcane into sugar. They differ in terms of sugar level, extraction methods, and plant age, but molasses is usually part of giving foods a sweet flavor. Also a defining inclusion in the commercial brown sugar, molasses also has a number of health benefits.

Molasses is rich in vitamins and minerals. According to Authority Nutrition, molasses contains vitamin B, which is beneficial to the function of the nervous system, which includes learning, thinking, sensation, and memory. In terms of minerals, molasses contain calcium, potassium, copper, manganese, magnesium, selenium, and iron. Calcium is good for the bones and teeth and it works alongside phosphorus. Potassium, on the other hand, contributes to the heart’s proper contractility and it also relaxes the muscles of the blood vessels, allowing it to prevent risk of cardiovascular disorders like hypertension and heart failure. Copper and manganese work hand in hand for the growth and development of the cells and tissues. Also, the due promote the metabolic process. Iron helps promote efficient cellular and tissue oxygenation while magnesium enhances neuromuscular function. Finally, selenium activates the production of antioxidant enzymes, preventing cellular damage and breakdown.

Molasses and the Menstrual Cycle

Molasses helps relieve premenstrual symptoms. According to Dr. Axe’s website, molasses’s iron benefits people, especially women. This means that the ingredient helps women reach their daily iron needs, though it decreases again when she reaches the menopausal period. As per the publication, iron can also improve a person’s mood, along with dopamine, serotonin, and other important hormones. This prevents decreased mood, sleep hours, energy levels, and motivation.

Molasses and the Hair

A person’s hair may also benefit from molasses. According to Healthline, molasses, such as the blackstrap variant, helps remove the hair’s fizziness in colored, permed, and bleached hair. To prepare, the person just mixes the molasses with warm water and the resulting mixture is applied to the hair for 15 minutes. Also, it can be combined with other hair agents like coconut milk an d the person’s daily shampoo.

Molasses also has antioxidant properties. According to Organic Facts, research data showed that blackstrap molasses is rich antioxidants, as opposed to refined sugar. Antioxidants help the body get rid of unwanted and toxic substances like free radicals, which increase cancer risk. Also, the antioxidants found in molasses help protect the body from the oxidative damage brought about by degenerative diseases and cardiovascular disorders.

To prepare, as per the publication, the melted margarine, egg, and the cup of sugar are mixed in a medium bowl. Next, the molasses is stirred in. Then, the flour, ginger, cloves, cinnamon, salt, and baking soda are combined and blended into the molasses mixture. After that, the mixture is covered and the dough is chilled for an hour.

Once done, the oven is preheated to 190 degrees Celsius. Next, the dough is rolled into walnut sized balls and is rolled in the remaining white sugar. Then, the cookies are placed two inches apart into the ungreased baking sheets. Finally, the cookie dough are baked for eight to ten minutes in the preheated oven, until the tops are cracked.

Molasses is considered health due to its benefits to health. Thus, its inclusion to different meal options provides a boost to a person’s health and wellness. 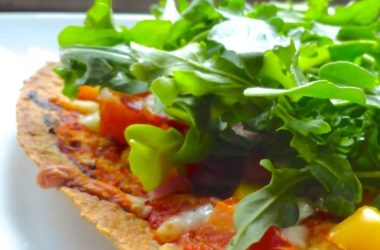 Reinventing Pizza the Healthy Way We want it healthy, so we’re replacing them fresh ingredients everyone would still…

Sore throat stands as the painful, itchy, and irritated sensation felt on the throat. It mainly involves difficulty… 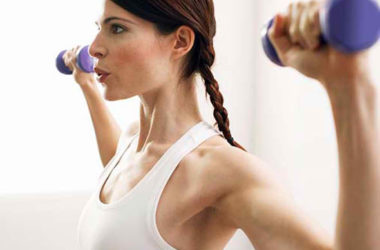 Want to know the secrets to a sexy pair of arms? The trick is to do the right…