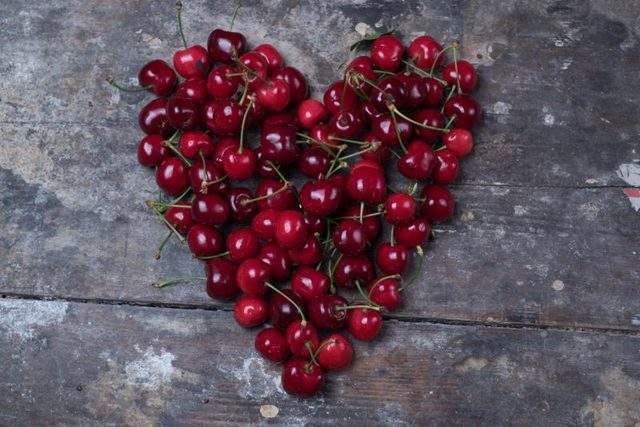 Cherry is a fruit coming from the genus Prunus. The fruits name can be associated to the cherry tree itself, as well as to almonds and some flowering tree of the genus. It is cultivated in the ancient civilization and has propagated mostly in European, Asian, and African territories. As a fruit, cherries have several ways to promote health and wellness.

Cherries are rich in vitamins and minerals. According to Nutrition and You, cherries have

vitamin A and C. Vitamin A is essential for the eyes’ vision, as lack of the vitamin leads to poor eyesight or night blindness. Vitamin C, on the other hand, raises the body’s defense against sickness and infection. It also promotes the function of collagen, as substance that acts as cement to keep cells and tissues together. This mechanism combats skin sagging, a characteristic of aging; thus, vitamin C delays its onset. Moreover, vitamin C prevents an oral problem called scurvy; it results from lack of the vitamin.

Aside from vitamins A and C, cherries contain minerals like copper, iron, manganese, potassium, and zinc. Copper plays a role in blood production and enzyme production for various health processes. Iron works hand in hand with hemoglobin, which aids in the transport of oxygen from the lungs to the other parts of the body. Potassium is important in its balance with sodium; it counters the latter’s fluid-retention actions. Along with its role in muscular contractility, such as in the heart, potassium also promotes cardiovascular health with its fluid balance mechanisms with sodium. As for zinc, it maintains the health of the villi in the digestive tract, such as in diarrhea; this is a reason behind zinc supplementation secondary to the disease.

Cherries can reduce gout and muscle pain. According to a Boston University study, which involved 633 gout patients, cherry consumption decreases gout attacks by 35 percent. In a statement, as cited by Care 2, Boston University professor of medicine and publica health Yuqing Zhang said that their findings indicated that consuming cherries or cherry extract lowered the risk of gout attack.

Along with gout, research also found that a cup and a half of tart cherries or a cup of tart cherry juice can decrease muscle inflammation and soreness. The study involved a group of marathon runners, who drank tart cherry juice for two times a day for one week prior to their race. The findings revealed that the group who consumed the cherry juice group went through decreased muscle pain post-race as compared who consumed another fruit drink.

Cherries can also promote sleep. According to Standard, the fruit has the hormone melatonin, which aids in sleeping. As per the publication, a research published in the Journal of Medicinal Food found that tart cherry juice promotes sleep in adult subjects with insomnia – a sleep disorder characterized by difficulty in sleeping.

Cherries also assist in weight reduction. According to Fox News, a cup of cherries contain less than 100 calories and three grams of fiber. Less calories means less energy converted to fat during inactivity while the fiber content helps a person have a sense of fullness. As per the publication, the fruit also contains thiamin, riboflavin, and vitamin B6, which facilitate effective metabolism and nutrient conversion into energy.

Cherries can be added to other meals or be turned into a meal on its own and a sample recipe is Cherry Compote with Goat Cheese. As per Health, a pound of sweet cherries (pitted, about three cups), two tablespoons of light brown sugar, two teaspoons balsamic vinegar, one-fourth teaspoon of minced fresh thyme, and four ounces goat cheese.

To prepare, the cherries and sugar are cooked over medium-high heat in a skillet and a stirred occasionally for about four minutes. Then, vinegar and thyme are sprinkled in and cooked for a minute. Next, the goat cheese is sliced into four rounds. Then, the dish is topped with warm compote and is refrigerated with cover for up to three days.

Overall, cherries are small fruits, but they have wide range of uses. With this, they can be part of most meal recipes and consuming them will definitely raise the health and well-being of a person and his family.

Get Rid of Eye Bags or Puffy Eyes the Natural Way