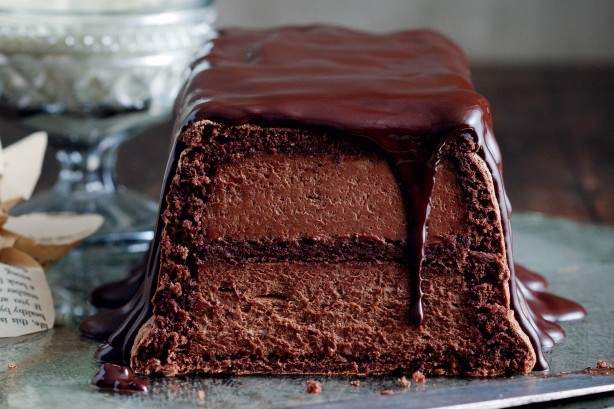 Home Remedies for a Cut on the Lip

Chocolate is one of the most loved food selections across the lifespan. Outside celebrations like Valentine’s Day and Mother’s Day, chocolates are still appealing to most children and adults. Along with the sweet taste they give, chocolates also provide several health benefits to the body.

Chocolates can reduce a person’s appetite. According to Bullet Proof Exec, this effect was demonstrated through a study, which aimed to determine the relationship between dark chocolate consumption and calorie intake. The participants were given 100g serving of either milk or dark chocolate, two hours following an eat-all-you-can lunch. The findings revealed that those who consumed dark chocolate led to 17 percent lower calorie intake at the following meal, when compared to those ate milk chocolate. As per the publication, this could be due to the casein in milk, which bound to the polyphenols present in chocolates.

Chocolates can enhance a person’s mood. According to Telegraph, chocolates contain phenylethylamine or PEA, which resembles a chemical produced by the brain. This chemical is believed to be responsible for the emotions a person experiences when he is in love. In addition, PEA stimulates the brain to release endorphins, which lighten one’s mood. Thus, this can be seen as a prime reason people eat chocolates during sad or stressful situations.

Chocolates can enhance memory, according to Medical News Today. As per the publication, researchers at Harvard Medical School found that drinking two cups of hot chocolate a day promotes nervous health and can decrease memory decline in the elderly.

Leady author Farzaneh A. Sorond revealed that chocolate helped promote blood circulation to the parts of the brain, where it is highly needed. In a statement, as cited by the publication, Sorond said that the different areas of the brain needed greater blood flow as they needed more energy to complete their tasks.

Sonrond’s report is also at par with another study, which was published in 2014. The trial findings revealed that a cocoa extract called lavado helped possibility of preventing damage to nerve pathways in people with Alzheimer’s disease, which suggests that chocolates can delay the effects of degenerative diseases and decline of cognition.

Chocolates, particularly the dark variant, can help reduce the risk of having cardiovascular diseases. According to Authority Nutrition, dark chocolates can protect the heart against low density lipoproteins or bad cholesterol. This means that less amount of cholesterol will be in the arteries; thus, lowering the risk of heart disease in the long run.

The relationship between cocoa in dark chocolates and risk of mortality from cardiovascular disease was determined in a trial, which involved 470 elderly men. The long-term observational study findings revealed that cocoa was found to decrease the risk of cardiovascular mortality by 50 percent over a 15 year period.

With the aforementioned observational studies, it is possible to say that consuming dark chocolates regularly can decrease the risk of having cardiovascular diseases.

The sample recipe for chocolates is Classic Fudge-Walnut Brownies. According to My Recipes, the ingredients are three-fourth cup of all-purpose flour, a cup of granulated sugar, three-fourth cup of unsweetened cocoa, half cup of packed brown sugar, half teaspoon of baking powder, one-fourth teaspoon of salt, a cup of bittersweet chocolate  chunks, one-third cup of fat-free milk, six teaspoons of butter, one teaspoon of vanilla extract, two large eggs, and half cup of chopped walnuts.

To prepare, the over is heated to 350 degrees Celsius. Then, flour, sugar, cocoa, brown sugar, and baking powder are combined in a large bowl. Next, half cup of chocolate and milk are mixed in a microwave-safe bowl and then microwaved at high for a minute. After that, butter, eggs, and vanilla are stirred in, adding the milk mixture, half cup of chocolate, and one-fourth cup of nuts.

Once done, the batter is poured into a square metal baking pan, coated with cooking spray. One-fourth cup of nuts is sprinkled on the batter, which is baked at 350 degrees Celsius for 22 minutes or until the wooden pick comes out with moist crumbs. Finally, the output is allowed to cool on a wire rack and is cut into pieces.

Overall, people view chocolates as some of the best tasting food selections among others. With the number of health benefits they have, it is practical to include chocolates in various meal recipes.

READ  Going Mango Crazy: The Health Benefits
Previous articleMaking a Big Splash: Top Benefits of Water Aerobics
Next articleMini-Stroke: Why It Needs to be Taken Seriously Even If It’s Temporary