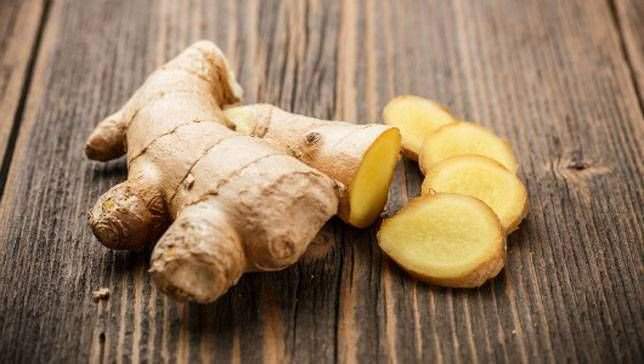 Ginger (Zingiber officinale) is one of the known spices in the food industry. It comes from the Zingiberceae family, together with galangal, cardamom (Elettaria cardamomum), and turmeric (Curcuma longa). Along with the flavor it gives to various food recipes, ginger can be consumed alone, as it has a number of health benefits.

Ginger can prevent nausea. According to Medical News Today, ginger can be a home remedy for nausea during cancer treatment by chewing or making a tea out of it. As per the publication, pregnant women who also experience morning sickness benefit from ginger. They can use ginger lozenges or candies to counter nausea, without heavily relying on pharmaceutical products, which may carry unsafe substances to the unborn. Ginger can also warm the body through sweating, which promotes blood circulation in the body, especially the brain.

Ginger can prevent lifestyle disorders like diabetes mellitus and heart diseases. According to Authority Nutrition, ginger has proven its anti-diabetic properties in the field of research. As per the publication, the study involved 41 participants, each has type 2 diabetes and findings revealed that two grams of ginger powder consumed a day decreased fasting blood sugar by 12 percent.

In addition, HbA1c, the marker for long-term blood sugar levels, was improved to 10 percent reduction within 12 weeks. The researchers also found that ginger intake led to a 23 percent decline in markers for oxidized lipoproteins and a 28 percent reduction in the ApoB/ApA-I ratio, which are both prome factors for heart diseases.

As per the publication, the aforementioned results came from a small scale study; thus, efforts are yet to be taken to yield the same results from larger scale studies.

Ginger is a powerful anti-cancer. According to a research in the University of Michigan Comprehensive Cancer Center, as cited by Natural Society, ginger can lead to the destruction of cancer cells in the ovary. University of Michigan Medical School gynecologic oncology fellow Jennifer Rhode said that they ginger can induce death of cell in the same, if not better, rate compared to chemotherapy drugs that are used for ovarian cancer patients.

Aside from ovarian cancer, ginger has also demonstrated its anti-cancer properties against the cancer of the large intestine. A phase II clinical trial on the relationship between ginger root consumption and inflammatory prostaglandins in the colon was published in the Journal of Clinical Oncology, as cited by Cancer Network. The study involved 33 participants, in which 16 consumed ginger root extract while 17 took placebo. Prostaglandin E2 (PGE2) was found after ginger root was consumed for 28 days and early colorectal cancer lessend by 28%. While the result suggests prevention of colon cancer, efforts on a larger scale study are also yet to be done.

See also  How To Remedy Sleep Deprivation in 10 Ways

To prepare, oil is heated in a large skillet over medium-high heat. Then, garlic and vinegar are added and cooked for 30 seconds to a minute until fragrant. Next, the broccoli is added and stirred for about two minutes until it becomes bright green in color. After that, water and fish sauce are drizzled over the broccoli, reducing heat to medium. Finally, the meal is covered and cooked for about three minutes until it becomes tender.

Overall, ginger is both beneficial to the kitchen and to the body. Hence, using it when cooking or preparing meals will help boost one’s optimal level of function and aid carry out one’s activities of daily living.