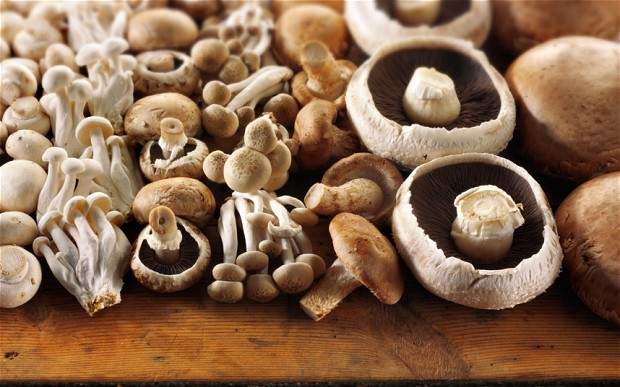 Reasons Why You Should Rub a Tomato on Your Face

Mushrooms are food selections under the kingdom fungi. Known as the power-giving food for Super Mario in the video games, mushrooms do have several health benefits; however, not all mushrooms are edible, as some species are known to be harmful to human health. The following are the ways mushrooms can boost a person’s health.

Mushrooms provide vitamin D, according to Best Health Magazine. As per the publication, these organic food selection yield vitamin D when they are exposed to sunlight. Mushrooms can do this by converting the plant sterol ergosterol into the D vitamin. This means mushrooms can also help in calcium absorption as vitamin D helps in the absorption of the mineral. As a further result, mushrooms can help strengthen the bones, which help support the body and carry out activities of daily living.

Mushrooms can combat cancer, as per Medical News Today. According to the publication, this is possible, as mushrooms have high anti-oxidant levels, just like tomatoes, carrots, red and green peppers, zucchini, green beans, and pumpkins. This means mushrooms can help the body get rid of harmful elements and free radicals that lead the body closer to having cancer. In addition, mushrooms contain selenium, a mineral that is uncommon to a wide variety of fruits and vegetables. It also aids in the proper functioning of the liver enzymes and in the detoxification of certain compounds that cause cancer. Moreover, selenium also has anti-inflammatory properties, which help reduce growth rate of tumors.

Mushrooms also help control a person’s weight. According to Mercola, a study discovered that using white button mushrooms as alternative to red meat can aid in losing weight. As per the publication, the trial involved obese participants with an average age of more than 48 years and they consumed about a cup of mushroom everyday instead of meat. The study used a control group, which included people who ate a regular diet without mushrooms.

After 12 months, the study findings revealed that the participants who ate mushrooms lost a mean of 3.6 percent (about seven pounds) from their baseline weight. They also demonstrated positive changes in the body, which include lower waist circumference, in addition to an enhanced capacity to maintain weight loss.

Mushrooms can help in the management of diabetes mellitus, an endocrine condition characterized by a consistently high blood glucose levels in the blood. According to Organic Facts, mushrooms are ideal food selections for people with the disorder, as they contain high levels of protein, but only low amounts of carbohydrates. Also, mushrooms do not contain fats and cholesterol, as per the publication. Along with a wide array of vitamins and minerals, mushrooms are also high in fiber and water content, which means they can also help eliminate toxic substances and free radicals from the body. An important diabetes management mushrooms have is the natural insulin, in addition to he enzymes, which help break down sugar or starch in food.

In line with mushrooms, the sample recipe is the Hungarian Mushroom Soup. As per All Recipes, the ingredients include four tablespoons unsalted butter, two cups onions (chopped), a pound of fresh mushrooms (sliced), two teaspoons dried dill weed, a tablespoon of paprika, one tablespoon of soy sauce, two cups of chicken broth, a cup of milk, three tablespoons of all-purpose flour, a teaspoon of salt, two teaspoons of lemon juice, one-fourth cup of fresh parsley, half cup of sour cream, and ground black pepper.

To prepare, the butter is melted in a large pot over medium heat. Then, the onions are sauteed in the butter for five minutes. After that, the mushrooms are added and sauteed for five more minutes. Then, the paprika, dill, broth and soy sauce are added. Once done, the heat is reduced to low, covered, and simmered for 15 minutes.

In a separate bowl, the milk and flour are whisked together. Then, the resulting mixture is poured into the soup and is stirred well to blend. After that, they are covered and simmered for 15 more minutes. Finally, the salt, pepper, parsley, sour cream, and lemon juice are stirred in, mixed together, and allowed to heat through for about three to five minutes.

Overall, mushrooms are beneficial to one’s health, since. However, one should be careful when choosing what to eat, as some mushrooms are not meant to be eaten.

Silent Killers Of Your Metabolism