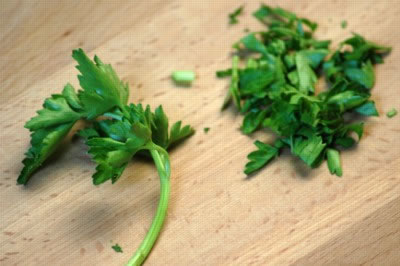 Parsley is an aromatic plant well-loved in the kitchen. It is a culinary herb and garnish that can make an assortment of dishes more appetizing. Other than its ability to make the mouth water, parsley is also valued for its numerous favorable effects on the health. Parsley is a staple not only in many kitchens worldwide but also in traditional form of medicine.

Thanks to its vitamin K content, parsley promotes excellent bone health as it allows better calcium absorption. It has the minerals magnesium and potassium necessary for proper muscular contraction. The plant also supplies the body with vitamins A and C, both of which are forms of antioxidants that fight off free radical damage.

Parsley helps energize the body because it contains B-complex vitamins. Its iron content helps keep at bay some of the common symptoms of anemia such as weakness and extreme fatigue. Because of its diuretic properties, parsley is a potent remedy against edema by assisting the body in flushing out excessive amounts of fluid. Parsley tea is often given by traditional healers to individuals who are unable to attain normal urination. The diuretic effect of this aromatic plant is also effective in the removal of too much mucus and accumulated toxins.

Speaking of toxins, the roots and leaves of parsley are known to be good at supporting liver and spleen health, allowing these organs of elimination to carry out their duties more efficiently.

Tea out of parsley roots is beneficial for individuals who suffer from stiff joints. The consumption of the pungent beverage offers an analgesic and anti-inflammatory effect on the body, allowing those with painful joints to attain relief.

Likewise, parsley tea is known to help deal with flatulence or having too much gas. Traditional healers also recommend the beverage to those whose glands are swollen or enlarged due to obstructions. For instance, daily consumption of parsley tea is said to help eliminate gallstones, allowing the gall bladder to return to its normal size and functioning.

Parsley is revered for its wonderful benefits to the brain and nerves. When taken as juice, parsley also serves as tonic to the circulatory system, in particular the very small blood vessels such as the capillaries and arterioles. Mixing parsley juice with a lot of other juices such as carrot or tomato juice is recommended due to its potency.