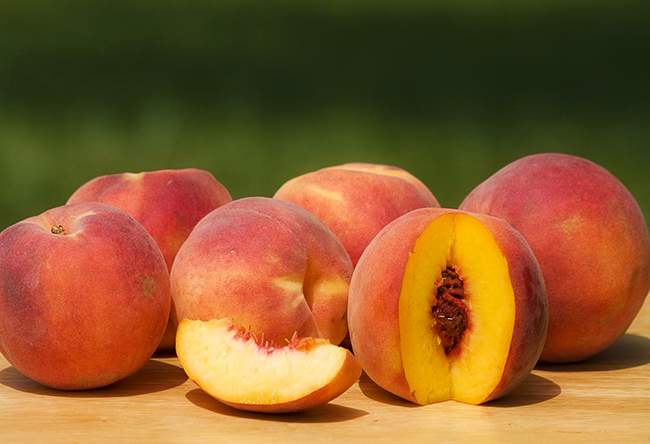 Secrets of People Who Never Get Sick

Peach is the fruit of a deciduous tree, which originates from Northwest China. With the scientific name Prunus persica, peach is part of the genus Prunus, which means it is the relative of apricot, cherry, plum, and almond. While nectarine is the same species as peach, they are identified commercially as different fruits. Nonetheless, peach is packed with several health benefits.

As a fruit, peach is rich in vitamins and minerals. According to Nutrition and You, peach is a moderate source of vitamin A, beta-carotene, and vitamin C. Vitamin A is essential for vision and maintaining the health of the skin and the body’s mucus membranes. In addition, the vitamin is known to defend the body from lung and mouth cancer. Beta-carotene is a pro-vitamin, as it converts into vitamin A into the body. On the other hand, vitamin C is known as the body’s immune system booster. It increases the body’s special defenses against microorganisms; thus, it helps the body prevent infection and illness.

In terms of minerals, peach is rich in potassium, iron, and fluoride. Potassium aids in the sodium-potassium pump, which means it helps neutralize the body’s sodium levels. Thus, it prevents fluid overload. Iron helps in oxygenation; it helps transport oxygen from one body part to another. The mineral also maintains mental alertness and vigor. Then, fluoride is known to be a component of bones and teeth, which means it helps prevent dental caries.

Peach can aid in weight loss, which is a major risk factor to the development of diabetes and heart diseases. According to Live Strong, one large peach, which is about two and three-fourth inches in diameter, has only 68 calories and not fat. This means that peach can be eaten as substitute to processed snacks like cookies, chips, cereal bars, and baked goods. Also, its level of sweetness can be an alternative to the extra sugar in a person’s diet.

In terms of diabetes and cardiovascular disease, peach contains fiber, which is responsible for the health promotion of the type 1 and type 2 diabetic participants in some studies. According to Medical News Today, type 1 diabetics who ate high-fiber diets had reduced blood sugar levels while the type 2 diabetics had improved blood glucose, insulin, and lipid levels. Along with fiber, vitamin C and potassium in peach also promotes cardiac health. As per the publication, potassium reduces sodium, as this lowers the risk for having the disease. Also, vitamin C promotes healing of damaged tissues due to impaired perfusion.

See also  Desk Stretches that Can Save Your Life

Peach can prevent cancer. According to Organic Facts, the fruit contains phenolic and carotenoid compounds, which both have properties that fight tumor and cancer like breast, colon, and lung cancer. As per the publication, studies have shown that peach also has neochlorogenic and chrolorogenic acid, which inhibit the growth of breast cancer cells, without affecting the normal cells. These acids are unlike chemotherapy, which may affect healthy cells in the body. Also, the fruit’s beta-carotene helps protect the body from lung cancer.

Peach can be added or made into various dishes, such as Peach Avocado Salsa. According to All Recipes, the ingredients for the dish include two fresh peaches (peeled, pitted, diced), one avocado (peeled, pitted, diced), jalapeno pepper (seeded and minced), half red onion (minced), half red bell pepper (minced), one-fourth cup of chopped fresh cilantro, two cloves garlic (grated), half lime (juiced), half lemon (juiced), salt, and pepper.

To prepare, the peaches, garlic, red onion, cilantro, red bell pepper, lemon juice, and lime juice are gently mixed in a bowl. Next, the mixture is seasoned with salt and pepper. Then, the bowl is covered with plastic wrap and is then refrigerated for at least 30 minutes. Finally, the avocado is folded into the salsa to serve.

Peach is healthy and has various benefits to man’s health. Thus, including it to the diet plan helps promote the wellness of a person and his family.

Comments
Previous articleGot Milia? Here are the Best Home Remedies for It
Next articleBenefits That Ginger Beer Offers

5 Strange Sounds Your Body Makes (And Their Meanings)

Tips on How to Create Natural Skincare Regimen in Your 30s