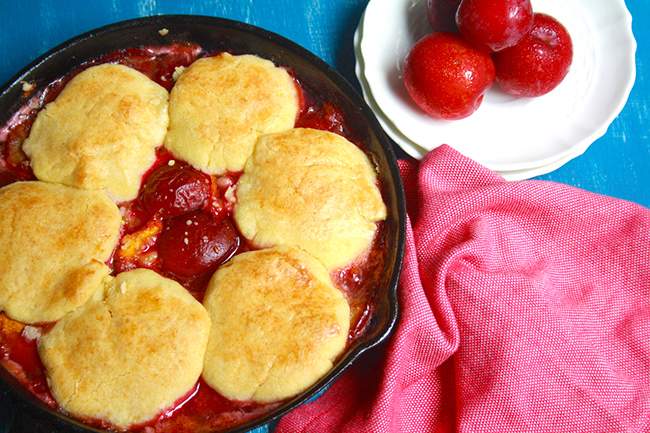 How To Remedy Sleep Deprivation in 10 Ways

Detoxify and Strengthen Your Liver with This Beverage

Plum is one of the fruits most people enjoy eating. Coming from the subgenus Prunus of the genus of the same nomenclature, the fruit is seen as distinct from other subgenera, such as cherries, bird cherries, and peaches. As a diverse group of species, plums also have health benefits.

Plums are rich in vitamins and minerals. According to World’s Healthiest Foods, plum contains vitamin C, vitamin K, copper, potassium, and fiber. Vitamin C is known to boost the body’s immune system and proctect the body from infection and illness. It also promotes collagen function, which acts as cement to bind loose cells and tissues. Hence, it can prevent skin sagging and aging. Copper is vital in the proper functioning of the body organs and metabolism while potassium is essential to musculoskeltal and cardiac health, along with fluid balance by countering the fluid-retention action of sodium. Meanwhile, fiber promotes digestion and acts as sweep to eliminate waste products and other harmful elements like toxins and free radicals from the body.

According to Nutrition and You, plums are also rich in vitamin B, which includes niacin, pantothenic acid, and vitamin B6. These serve as cofactors, which help the body metabolize carbohydrates, fats, and proteins.

Plums are rich in antioxdant. As per Nutrition and You, the fruit contains polyphenolic antioxidants like zea-xanthin, lutein, and cryptoxanthin, which serves as scavengers against free radicals and reactive oxygen species or ROS, which are associated with aging and different disease processes. To add, zea-xanthin is also a dietary carotenoid, which is essential to a person’s vision. It is absorbed into the eye part called retinal macula lutea, where it filters ultraviolet light and acts as antioxidant.

READ  Foods to Avoid If You Suffer From Psoriasis

To prepare, the oven is preheat to 175 degrees Celsius. Next, three-fourth cup of white sugar, instant tapioca, cinnamon, orange zest, and plums are combined in a large bowl. The fruit mixture is placed in a two-quart casserole. Then, the remaining two tablespoons of sugar, baking powder, flour, and salt are combined in a medium bowl. The butter is cut with a fork or hands until the mixture looks like coarse crubs. Once done, the milk and egg are stirred in until the mixture becomes moist. The batter is dropped in large spoonfuls onto the fruit mixture and is baked in the overn for 35 minutes, until the cobbler topping turns brown in color and the filling becomes bubbly.

Overall, plums offer various health benefits to the body. Thus, including it as ingredients to various meals will help boost a person or family’s health and well-being.

Previous articleDietary and Lifestyle Recommendations for Hypotension
Next articleOther Than Overeating and Not Exercising, These Things Also Make You Gain Pounds