Beans are often called the poor man’s meat. Yet with the wide array of nutritional health benefits that it carries within its tiny frame, beans ought to be hailed as royalty among vegetables. And red beans are no different.

There are three varieties of red beans: the small red beans, red kidney beans and the azuki beans.

Small red beans are also known as Mexican red beans or red chili beans. It’s the most common variety among the three. These beans are traditionally used to make the Creole dish red beans and rice. They are also tasty in soups and chilies.

Kidney beans are very versatile and easily pick up the flavors of whatever they’re cooked with. This type of bean is good in soups, stews, chilies and salads.

Azuki beans are sweet red beans popular in Asia. The Japanese use them to make anko or sweet red bean paste, which is used to make various Japanese confectionaries.

Regardless of the variety, red beans are chock full of substances that promote good health. Here are some of the most important reasons why red beans should find its way into your diet.

Red beans are one of the easiest and most inexpensive ways to increase the amount of antioxidant in your diet. In fact, the small red bean has ousted blueberries from its seat as the champion of antioxidants according to a study reported at the Journal of Agricultural and Food Chemistry. The study investigated the antioxidant capacities of more than 100 common foods, including fruits, vegetables, nuts, breads, cereals and spices. The total antioxidant capacity of these foods is a combination of fat-based and water-based components.

Based on their results, the small red bean received the highest TAC score of 13,727, while wild blueberries were slightly behind with 13,427. Another type of red bean, the red kidney bean, made it to the top five foods with the highest TAC with a score of 13,259.

Antioxidants help combat the effects of oxidative stress and free radicals. The body suffers oxidative stress due to oxidation, a natural process that occurs when the molecules in the body interact with oxygen or as it turns food into energy. The by-product of this process is called free radicals. These materials have the potential to cause damage to cells and genetic material, resulting in chronic illnesses, such as heart disease and cancer.

Red beans, like all legumes, are rich in soluble and insoluble fiber. Fiber has long been touted as an essential part of a healthy diet. A diet high in fiber can help prevent some forms of cancer, heart disease by lowering cholesterol levels, regulate blood sugar levels and prevent diabetes as well as help in weight loss and weight management. Fiber also helps keep good digestive health.

A cup of red beans provides 16 grams of dietary fiber. The recommended dietary intake for fiber for adult men is 38 grams, while women are recommended to take 25 grams of fiber daily.

Red beans can be a healthier substitute to meat, which contains more fat and calories. A one cup serving of red beans contains about 13 grams of protein, which easily making up nearly a quarter of your recommended daily protein intake.

Protein is an essential nutrient needed by the body to function properly and efficiently. Every cell, tissue, and organ in the body is made up of protein. Likewise, the body uses protein to repair damaged cells and to manufacture hormones and enzymes that help regulate bodily function.

The body cannot store protein, so it gets its reservoir of protein from the food we eat. Incorporating red beans into your diet not only ensures you a healthier and inexpensive protein source as well as other nutritional benefits.

Aside from replenishing your protein stores, red beans can also replenish your body’s store of iron. Iron is an important component of hemoglobin, the substance in red blood cells that carry oxygen from the lungs throughout the body. Iron is also an integral component of many enzymes used for metabolism and energy production.

Red beans offer an excellent source for iron with less fat and calories compared to meat sources. For instance, a 100-gram serving of azuki beans contains 2 mg of iron, while kidney beans of the same amount contain 2.94 mg.

Red beans, particularly red kidney beans, are rich sources of thiamine or vitamin B1 essential for good brain function. Thiamine is essential in the synthesis of acetylcholine, a neurotransmitter that plays an important role in memory. Thiamine also helps the body convert carbohydrates into energy and plays a role in nerve conduction and muscle contraction.

Natural Ways to Speed Up Your Metabolism (Continuation…)

Benefits of Exercise on our Mental Health 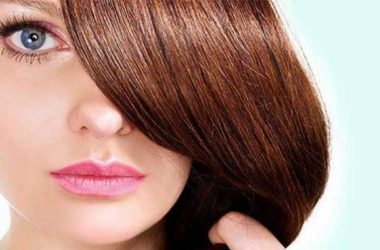 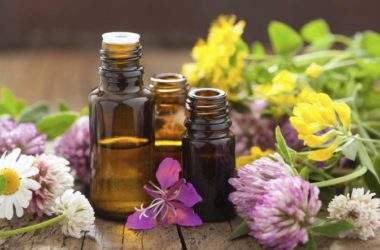 7 Essential Oils That are Proven Effective Against Acne

Acne is a skin condition that plagues a lot of teenagers. Older adults can suffer from it, too!… 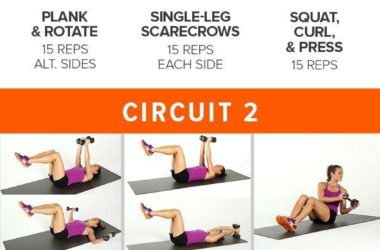