Yogurt is one of the dairy products people enjoy eating today. Produced via bacterial fermentation of milk, yogurt usually uses a culture of Streptococcus thermophilus bacteria and Lactobacillus delbrueckiii. The word yogurt is derived from a Turkish word and it is commonsly associated to the verb yogumark, which means to be curdled, thickened, coagulated, or kneaded. As a food product, it has a variety of health benefits.

Yogurt is rich in vitamins. According to Healthline, the dairy contains vitamins A, B, C, D, E, and K, which are essential for vision, mucus and skin health, brain health, immune system function, bone health, and blood clotting. As per the publication, yogurt provides high daily values of vitamins B2 and vitamin B12, which are important for nervous and blood health.

Yogurt is rich in protein. According to Authority Nutrition, a cup or 245 grams of plain yogurt that come from whole milk has 8.5 grams of protein. As per the publication, the protein in commercial yogurt is at times more than the amount in milk, as dry milk is sometimes added during yogurt processing. Yogurt protein can be whey or casein. The former is a smaller protein family version obtain in milk products and it makes 20 percent of the protein content found in yogurt. Whey is also known to be a famous supplement among athletes and bodybuilders. On the other hand, casein forms 80 percent of protein, not to mention that it boosts mineral absorption, such as phosphorus and calcium, which are both necessary for bone health. Casein also lowers blood pressure; thus, it can prevent hypertension and associated heart diseases.

Yogurt also facilitates weight loss. According to Fitness Magazine, a University of Tennessee research found that people who consumed 18 ounces of yogurt a day lost 22 percent of their weight as compared to people who skipped it. In addition, these people retained one-third more lean muscle mass. In a statement, as cited by the publication, lead study author Micahel Zemel and nutrition professor said that fat around the waist produced cortisol, a hormone that promotes fat gain. It is added that eating yogurt leads calcium to signal the fat cells to reduce cortisol production, which results to fat loss.

Yogurt can be used for facial cleansing. In a statement, as cited by Health, dermatologist Hema Sundaran said that yogurt contained lactic acid and it gently exfoliated the top layers of the epidermis, adding that it could clear up blemishes and discolorations and reduce fine wrinkles.

As per the publication, one can make a DIY mask by mixing a cup of Greek yogurt with two to three drops of almond or olive oil plus a tablespoon of honet. Then, it is applied to the face and is left on for 20 to 30 minutes. After that, it is rinsed and pat dry.

One can make yogurt at home or use it as an ingredient in different meals. According to Epicurious, the ingredients includea quart or four cups of mlk, three tablespoons plain yogurt or powdered yogurt, and flavorings like honey, molasses, garlic, fruits, herbs, jam, or dulce de leche.

To prepare, milk is poured in the pot and it is heated over medium heat until it reaches 180 degrees Fahrenheit or boils. It is stirred occasionally to prevent the milk from forming and to prevent the milk from boiling over of becoming scald. Then, the milk is placed in a large microwavable bowl or a large glass measuring cup with a spout. It is placed in the microwave in two to three-minute intervals until it boils. After that, the milk is removed from the heat and is allowed to cool to 110 to 115 degrees Fahrenheit.

Once done, the milk and yogurt are combined and the mixture is poured into the yogurt maker containers or incubators. The mixture stays there between 110 to 115 degrees Fahrenheit for five to ten hours, with the length of time dependent to the intended consistency and flavor. As per the publication, longer incubation leads to thicker and more tart yogurt. Once done, the yogurt is covered and refrigerated for two to three until cold. Finally, flavorings are stirred to the yogurt just before serving.

Overall, yogurt is packed with health benefits. With this, it can be added in various meal plans to boost the health and well-being of an individual or a family. 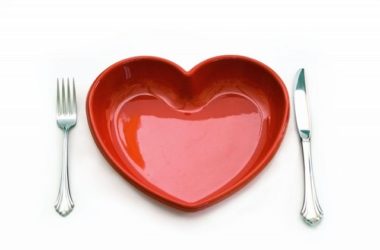 Heart disease is a condition that affects the heart and the blood vessels. While most heart diseases are… 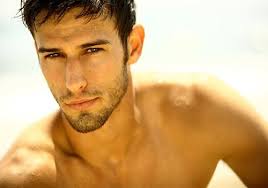 Lumber-sexual seems to be a huge thing right now. Men with great beards and plaids are seen as… 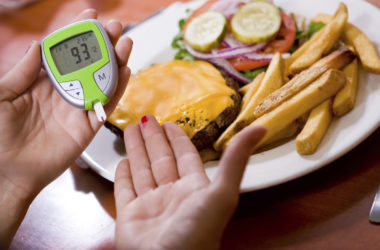 Know What are the Best And Worst Food For Diabetics

The food choices for diabetic patients matters a lot.  Read on to know more about what kind of…