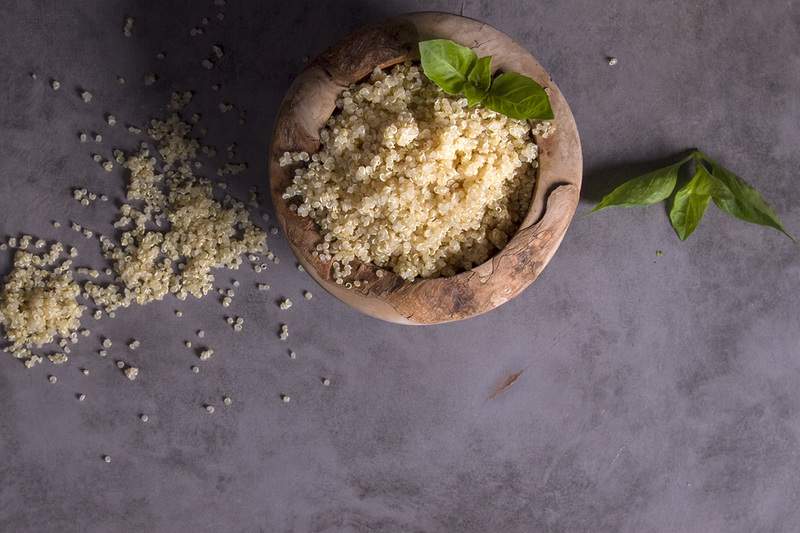 Putting the Spotlight on Good Cholesterol

Quinoa is a grain of the flowering plant family Amaranthaceae. With the scientific name Chenopodium quinoa, the plant’s name is derived from Quechua kinwa or kinuwa. Used as one of the herbs and spices in the kitchen, quinoa has the following health benefits.

Quinoa is rich in vitamins and minerals. According to Quinoa 2013 International Year, the plant contains vitamins B and E. vitamin B supports brain function, which includes learning, thinking, sensation, and memory. On the other hand, vitamin E is known to promote the health of the skin. Along with skin integrity, vitamin E has a pivotal role in improving the skin’s natural, soft, and radiant look.

In terms of minerals, quinoa contains calcium, iron, magnesium, phosphorus, potassium, and zinc. Calcium and phosphorus promote bone and teeth health while iron enhances adequate oxygenation. Magnesium plays a role in neuromuscular coordination while potassium is significant in the regulation of body fluids. Meanwhile, zinc is vital in the promotion of digestive health and wound healing.

Quinoa also helps promote digestion. According to Well-Being Secrets, the plant is very rich in fiber, unlike other types of grains. As per the trial conducted at the University of Valencia in Spain, it was found that quinoa contains soluble fiber, which can help reduce cholesterol and glucose levels in the blood. Also, it promotes the person’s sense of fullness; thus, it also helps people who are on a diet.

Connecting the aforementioned quinoa benefit to the metabolic process, the Germa Institute of Human Nutrition learned that dietary fiber consumption plays a role to various metabolic effects that do not depend in body weight. As per the publication, these include insulin sensitivity and hormone secretion regulation.

Quinoa also prevents inflammation. According to World’s Healthiest Foods, research has found that the plant can reduce the inflammatory process; this is evidenced by the decreased inflammation levels in adipose or fat tissue, as well as the intestines, of mice. As per the publication, the plant also has phenolic acids like hydroxybezoic acids and hydroxycinnamic acid, vitamin E derivatives gamma-tocopherol, and cell wall polysaccharides rhamnogalacturonans and arabinans. To add, quinoa has saponins, which also have anti-inflammatory effects in a person’s body.

Quinoa can be added to various recipes, such as Quinoa and Black Beans. According to All Recipes, the ingredients include three-fourth cup of quinoa, one and a half cups of vegetable broth, a teaspoon of ground cumin, one-fourth teaspoon of cayenne pepper, a teaspoon of vegetable oil, an onion (chopped), three cloves of garlic (chopped), one cup of frozen corn kernels, two cans of black beans (rinsed, drained), half cup of chopped fresh cilantro, salt, and ground black pepper.

To prepare, as per the publication, oil is heated in a saucepan over medium heat. Then, onion and garlic are cooked and stirred for ten minutes, until lightly browned. Next, quinoa is mixed into onion mixture and is covered with vegetable broth. After that, the food is seasoned with cumin, salt, cayenne pepper, and pepper. Once done, the mixture is brought to a boil. Then, the food is covered and the heat is reduced and simmered for about 20 minutes, until the quinoa is tender and broth is absorbed. Once done, the frozen corn is stirred into the saucepan and is continued to simmer for about five minutes until heated through. Finally, the cilantro and black beans are mixed in.

Quinoa stands one of today’s healthy food options due to its nutritional contents. Thus, its inclusion in various meal recipes improves a person’s total health and wellness.

Why You Should Include Shallots in Your Diet