Here are the Different Types of Periodontal Disease 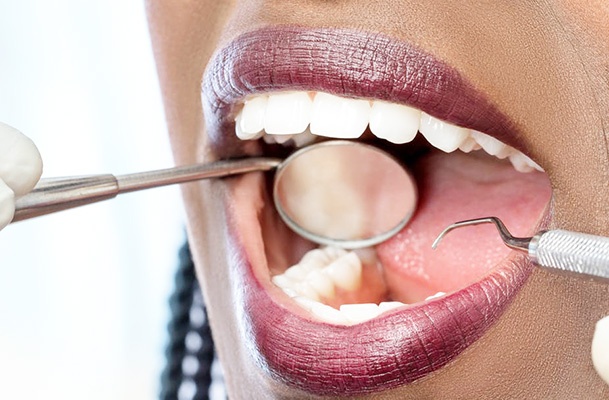 Bad Habits that Can Cause Depression

Periodontal disease refers to a number of problems that entail the destruction of the soft tissues and gums, and at times the jaw bone, too. According to dentists, it is the leading cause of tooth loss among adults.

In this article, we will talk about some of the most common forms of periodontal disease.

Make sure that you share this article on your various social media sites afterwards so that your family and friends, most especially smile-conscious ones, can also learn more about periodontal disease and some of its forms.

Treating periodontal disease as soon as possible is of utmost importance. Otherwise, it can lead to loosening of the teeth that can ultimately lead to tooth loss.

Periodontal disease begins as a simple damage to the soft tissues at the base of the teeth. Eventually, bacteria present in the area can become embedded in the gums and then cause an infection.

If not dealt with very early on, the said infection can intensify and spread, penetrating much deeper. It can dig so deep that it can eventually make its way to the bone tissue underneath.

When that happens, tooth decay strikes as well as instability. Needless to say, tooth loss can follow. The most advanced forms of periodontal disease can even cause damage that is no longer reversible!

Here are the most commonly encountered forms of periodontal disease, according to dentists:

The good news is gingivitis is so mild that it can be easily reversed with the help of a dentist (through professional cleaning, antibiotics and medicated oral rinses) as well as proper follow-up care at home.

People who are at high risk of ending up with gingivitis include those with poor oral hygiene practices and unmanaged diabetes. Pregnant women or women who are taking birth control pills are at risk, too.

The second most common form of periodontal disease is the chronic one. Dentists say that this is more common in people who are over 45 years old.

It may appear as though that the teeth are slowly increasing in length, but the fact that the gums are simply receding at a slow rate, exposing more and more teeth during the process.

Unfortunately, there is much damage taking place that the eyes cannot see, affecting the soft tissues and gums, and the jaw bone, too. Because bone cannot grow back, damage caused by chronic periodontal disease is permanent.

By the way, those who are at higher risk of aggressive periodontal disease are frequent users of tobacco products. Someone who has a family history of it is also at higher risk.

Commonly, necrotizing periodontal disease is seen in individuals who are suffering from the likes of malnutrition, immunosuppression and HIV.

Periodontal Disease Due to a Systemic Disease

There are instances in which periodontal disease happens because of a different condition or disease, usually something that affects the body in its entirety.

Dentists say that individuals who are seen with this form of periodontal disease are those that are diagnosed with diabetes, cardiovascular disease and certain types of problems with the respiratory system.

Comments
Sourcetheconversation.com
Previous article8 Things You Don’t Need to Do to Lose Weight
Next articleThese are the Common Causes of Cold Sweats