Amino acids are the building blocks of proteins and the nine essential amino acids include phenylalanine, histidine, valine, lysine, threonine, isoleucine, tryptophan, leucine, and methionine. They can be obtained in the diet to avoid protein insufficiency and malnutrition. On the other hand, the body can synthesize dispensable amino acids, which include serine, alanine, asparagine, glutamic acid, and aspartic acid. Some essential amino acids have limited production when a person has certain pathophysiological conditions like prematurity or catabolic stress; they are proline, arginine, glutamine, tyrosine, glycine, and cysteine.

Protein is needed by the body, as it serves as fuel for growth and maintenance of tissues and cells. Tissues are composed of cells and cells have proteins, which are synthesized to maintain cellular function. In fact, protein is the major structural component of all cells in the body, specifically muscle cells. The macronutrient is also utilized in cell membranes and they can be used as precursors to co-enzymes, nucleic acids, hormones, cellular repair, and immune response, in addition to other molecules vital for life.

The common sources of protein include eggs, milk, nuts, yogurt, fish and seafood, soya, pistachio nuts, pork, chicken, and beef, according to BBC Good Food. Among the list, fish, eggs, lean meat, nuts and legumes, chicken meat, and low-fat dairy, stand as the six best protein sources one can add to his diet, as per Best Health Mag. According to the publication, a study learned that overweight men and women who had low-fat and high protein diet for six months had lost about four kilograms more, as compared to the group who consumed a low-fat and high-carbohydrate diet. It is said that protein creates a sense of fullness, which inhibits a person from eating more.

According to Health, people need more protein to remain healthy, fit, and energized; thus protein found in eggs is very useful in breakfast meals. Eggs are usual part of the morning meal, as they are packed with protein, vitamin D, and choline, a nutrient that helps boost one’s memory and deplete anxiety.

One example of a high protein meal for breakfast is cheesy cast-iron skillet scrambled eggs. With cheese and eggs combined, they work hand in hand to fight osteoporosis, as cheese has calcium while eggs have vitamin D, which promote calcium absorption in the blood. The ingredients are two tablespoons unsalted butter, a small red onion (finely dices), jalapeño cut into thin rounds, 12 lightly beaten large eggs, one-fourth teaspoon salt, one-half teaspoon freshly ground pepper, four ounces goat cheese, and two tablespoons finely chopped chives. In a large cast-iron skillet, butter is melted over medium heat. Then, onion and jalapeño are added and cooked for five to seven minutes until soft. Eggs, pepper, and salt are added for about three minutes until soft curds form. Then, the skillet is removed from heat and the goat cheese and chives are mixed. The meal is served immediately with whole-grain toast or English muffin.

For a high-protein and low-calorie lunch, meat, such as beef, turkey, and chicken, in addition to beans and low-fat dairy are the answers, according to Eating Well. They make a person full and have fewer cravings after eating. As per the publication, chicken, charred tomato, and broccoli salad is a simple and substantial main-course for lunch.

The ingredients are one and a half pounds boneless skinless chicken breasts or three cups shredded cooked chicken breast, four cups broccoli florets, one and a half pounds medium tomatoes, two teaspoons plus three tablespoons extra-virgin olive oil, one teaspoon salt, one teaspoon freshly ground pepper, half teaspoon chili powder, and one-fourth cup lemon juice. The chicken is placed in a skillet and water is added, simmering them over high heat. Then, heat is reduced until the chicken is cooked enough and no longer pink in the middle. After that, a large pot of water is boiled and broccoli is added and cooked until tender. Tomatoes cut in half are added, as well as salt, pepper, and chili powder. Then, the tomatoes are coarsely chopped and combined in a large bowl with the shredded chicken, broccoli, and dressing.

Eggs, legumes, nuts, tofu, and seafood are the best candidates for a high-protein meal for dinner, as per Pop Sugar. According to the publication, panko-crusted tilapia is one of the economical recipes for a high-protein seafood meal. A super tasty meal, it combines fresh lemon garlic, ginger, paprika, crushed red pepper, as per A Sweet Pea Chef. The publication added that Panko holds better than ordinary breadcrumbs, leading to a more crunchy result than the regular ones. In preparing the meal, melted butter, garlic powder, and freshly squeezed lemon juice are combined. Then, the Panko breadcrumbs and the dry seasonings are combined in another dish. The fish fillet is coated with the butter mixture, which followed by the Panko mixture. The fillets are heated over high heat in a non-stick, oven-safe skillet and few thinly sliced lemons are thrown in. The dish can be garnished with a slice of lemon.

Along with these high-protein meals, it is important to keep in mind that a well-balanced meal contributes to one’s overall health, along with exercise, rest, and attitude. 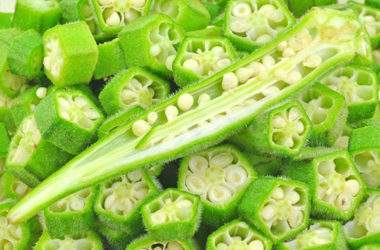 Okra is one of the vegetables people have today. Added in various meals around the world, okra is… 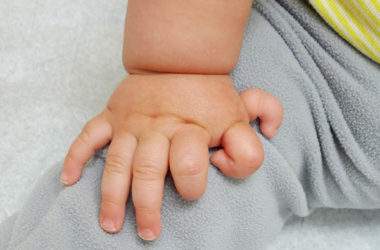 Have you come across a person who has an extra finger on his or her hand? This deformity… 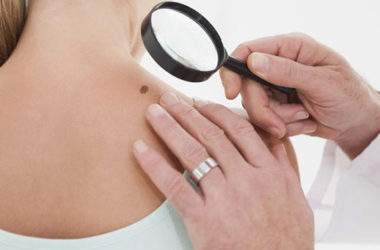 Some birthmarks can be easily kept from view with clothing, while others are situated in certain areas of…