Amino acids are the building blocks of protein. They are present in every cell and they sever as precursors to elements like hormones, co-enzymes, and nucleic acids, which are vital to cellular functions.

As per Harvard, the Institute of Medicine recommends that the minimum intake of protein is 0.8grams per kilogram of body weight per day or 8 grams for every 20 pounds of body weight. While meat, eggs, nuts, and milk are notable sources of protein, the following smoothies can also be sources of the growing macronutrient.

Very Berry Super Shake is another protein-rich smoothie. According to Precision Nutrition sports dietitian and nutrition coach Brian St. Pierre, as cited by Men’s Health, the shake was packed with protein, fiber, healthy fats, phyto-nutrients, and probiotics, adding that it could be breakfast, lunch, r dinner. As per the publication, the ingredients include two cups of frozen mixed berries, half cup of plain low-fat yogurt, a cup of spinach, 12 ounces of water, two scoops of vanilla protein powder, a tablespoon of walnuts, and a tablespoon of ground flaxseed.

Peanut butter can also be added in a smoothie, such as in Peanut Butter Banana Smoothie. Along with monounsaturated fats, which can prevent heart disease, two tablespoons of peanut butter also contains eight grams of protein, six grams of carbohydrates, 16 grams of fat, and 188 calories, as per Muscle and Fitness. According to All Recipes, the ingredients include half cup of peanut butter, two cups of milk, two bananas (broken into chunks), two tablespoons of honey, and two cups of ice cubes. To prepare, the ingredients are blended for 30 seconds, until smooth.

Strawberries and oranges are typical vitamin C sources; however, in this smoothie, the main protein component is Greek yogurt. According to Web MD, yogurt, along milk and cheese, as excellent protein sources, not to mention that they also contain valuable amounts of calcium and vitamin D. Calcium promotes bone and teeth health while vitamin D boosts calcium absorption. According to Peanut Butter and Peppers, the ingredients include a cup of frozen strawberries, one-fourth cup of orange juice, half cup of Greek yogurt, half cup of coconut milk from carton or milk of choice, and one-fourth cup of stevia. To prepare, the ingredients are blended until a smooth consistency is achieved.

Green leafy vegetables, such as spinach, kiwi, and chia seeds also contain protein. As per Joy the Baker, the ingredients include baby spinach leaves, banana, almond milk, ripe kiwi, chia seeds, wheat grass powder, and maca powder. To prepare, as per the publication, the ingredients are combined in a blended and are blended until smooth.

Protein is beneficial to the body, due to its ability to promote growth and development of cells and tissues, as well as repair damaged cells and tissues. This makes protein a vital component of the body’s total health and well-being.

Omega-3 Rich Foods to Add to Your Diet 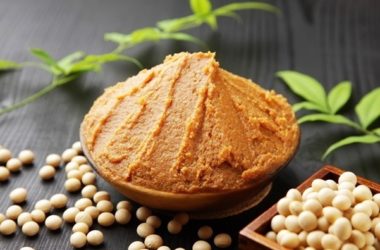 What You Need to Know About Miso

Did you know that Miso, a thick, seasoning paste actually came from China? Still, most of us associate… 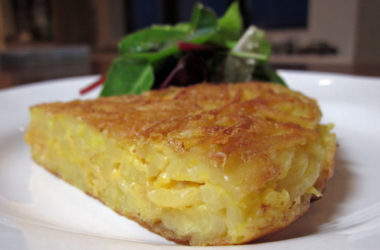 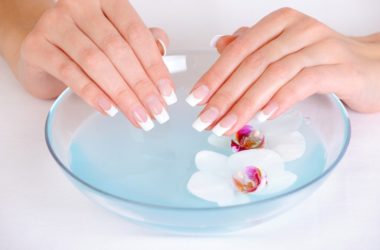 Because Your Nails Need A Break, Too

“Everything in moderation” – it is a cliché to hear but it also applies to our nails, too.…