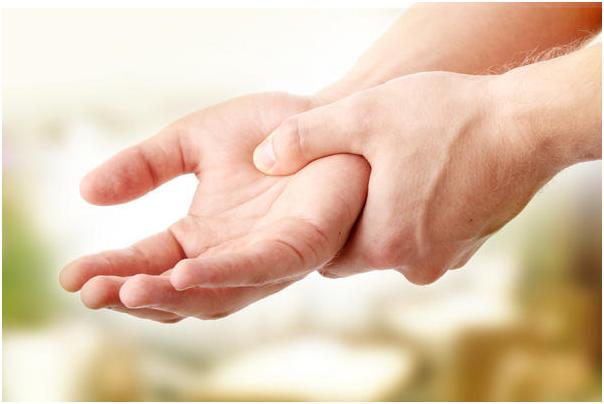 The involuntary shaking of the hands and legs is known in the medical world as tremors. Unlike tics that are characterized by rapid movements of certain body parts, tremors disappear while the affected individual is sleeping. Other than the hands and legs, the head and trunk may also exhibit the symptom of the condition.

• Slow and rhythmic movements of the arms and legs, or other affected parts of the body
• Shaky or quivering voice
• Clumsiness
• Difficulty in writing

It’s important to take note that the symptoms of tremors tend to become milder or completely disappear after the consumption of alcohol, a nervous system depressant. As earlier mentioned, the involuntary shaking of the muscles of the affected body parts go away. On the other hand, stressful situations can make the symptom worse.

According to the experts, tremors can be classified into 3 categories. They are the following:

1. Intention tremors – They only occur when the person performs a voluntary movement, such as reaching for the newspaper or switching on the television. When he or she is through carrying out the movement, the shaking then ceases.

2. Rest tremors – Similar to the symptom of Parkinson’s disease, rest tremors show up when the body is at rest. When the afflicted individual performs a voluntary action, the symptom goes away.

3. Postural tremors – It is only when the arms and legs are outstretched that the involuntary shaking of the said body parts become evident. On any other instance, the symptom cannot be observed.

Currently, there is no known cure for shaking hands and legs or any other area of the body affected with tremors. There are certain drugs, however, that may help relieve the symptom. Certain home remedies that may help an individual afflicted with the condition are around. Here they are:

• Reduce stress – Because tremors tend to worsen with stress, it’s a good idea for the person to take steps in avoiding as much stressors as possible. Managing stress through yoga, meditation, deep breathing techniques and other methods should be carried out as well.

• Steer clear of coffee and other caffeinated beverages – Caffeine can stimulate the nervous system, thus amplifying the symptom. It’s recommendable for anyone with the problem to avoid drinking anything with caffeine, such as coffee, tea, soda and energy drinks.

• Quit cigarette smoking – Nicotine is a stimulant, thus it can make the symptom worse. Ditching smoking is not only good for those with tremors, but also others who are healthy or afflicted with any other medical condition.

• Refrain from taking certain OTC drugs – There are drugs known to worsen the symptoms of tremors. Some of them include those that are formulated for depression, weight reduction, allergies, asthma and the common cold.

• Have a serving of alcohol – A lot of people suffering from shaking hands, legs and other body parts attain immediate relief from drinking alcohol. However, it’s not really recommendable to medicate with alcohol because there are also other issues involved such as dependence and withdrawal.

• Eat a well-balanced meal – It’s important to consume foods that are loaded with vitamins and minerals. Experts say that magnesium and vitamin B12 are very good at easing the symptom. Foods rich in magnesium include nuts, seeds, dark green leafy vegetables, fish, dark chocolate, avocados and yogurt. Shellfish, liver, red meat, eggs, cheese and crustaceans are all great sources of vitamin B12.