Gastroparesis, put simply, is the delayed evacuation of the stomach’s contents. Medical experts say that it is usually brought about by problems with the nerves. Diabetes, hypothyroidism, multiple sclerosis and Parkinson’s disease are some of those that can cause gastroparesis to strike. Undergoing radiation therapy and abdominal surgery may give rise to the said problem as well. It is said that individuals who are suffering from eating disorders such as bulimia and anorexia are at high risk of developing gastroparesis.

There are a bunch of problems that come with gastroparesis. For one, it can encourage the growth of bacteria in the stomach, which is something that can definitely pose a threat to a person’s health. Other issues that may come hand in hand with gastroparesis include heartburn, abdominal pain, bloating, feeling of fullness, decreased appetite, nausea and vomiting. Malnutrition and unintended weight loss are other concerns that may be encountered.

A trip to the doctor allows for the diagnosis of the root cause of gastroparesis. Unfortunately, no known treatment for it is available — the best way to tackle it is by dealing with the problem behind it. However, anyone who is bugged by gastroparesis and the various signs and symptoms it brings can attain much-needed relief from a few home remedies. Some of the most effective solutions for gastroparesis include:

Gastroparesis can severely impair the process of digestion, and this is why malnutrition is very much likely to happen. In order to facilitate the digestive process, the consumption of probiotic foods should be done. Doing so allows for the multiplication of beneficial bacteria in the gut, thus encouraging better digestion.

The consumption of a cup of aloe vera juice first thing in the morning is an excellent home remedy for gastroparesis. Not only does this healthy beverage stimulate digestion, but also encourage regular evacuation of the bowels. However, opting for 100 percent pure aloe vera juice is of utmost importance.

One of the most essential nutrients for superb digestion is vitamin D. This is why those who are suffering from gastroparesis should include vitamin D-containing foods (fish, liver, egg yolks and fortified products) in their diet on a regular basis. Getting enough sunshine, which is an excellent vitamin D source, is also wonderful idea.

Numerous problems concerning the digestive system can be remedied with the help of apple cider vinegar. The said sour liquid can also be very helpful for anyone with gastroparesis. About 15 to 20 minutes before mealtime, a glass of water with a tablespoon of apple cider vinegar in it should be consumed.

It’s no secret that a cup of ginger tea serves as panacea to a host of digestive issues. Well, it’s also something that can provide a lending hand to people who are bugged by gastroparesis. Ginger tea is very good at providing relief from signs and symptoms such as abdominal pain, nausea, vomiting and decreased appetite.

Having mild to moderate exercise on a regular basis can help facilitate the emptying of the stomach, proving to be helpful for those with gastroparesis. In addition, exercising also helps combat chronic stress, which is something that can be blamed at times for the development of the said condition that affects the functioning of the stomach.

Load Up on These Fat Burning Foods for Weight Loss 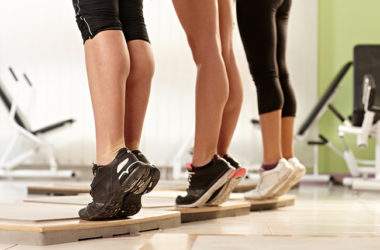 The calves are parts of the legs, the body parts that receive the least attention from most people… 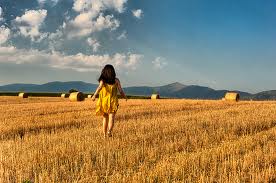 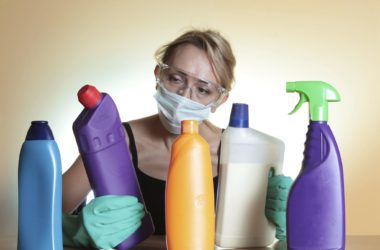 Be Careful Of These Toxic Chemicals

If you want to live and lead a healthy life, you need to start reassessing your household items…