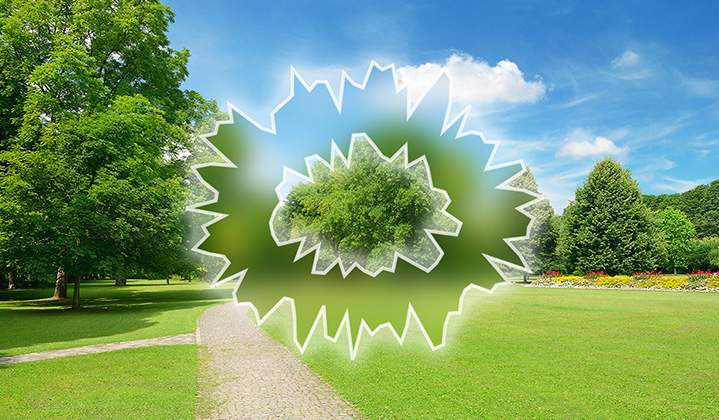 That One Exercise You Need That Tightens Your Every Muscle

No Bulk Up Exercises

A lot of people who suffer from migraine experience something weird just before their heads begin to ache terribly. That phenomenon is referred to as a migraine aura or simply an aura. It is an uncomfortable visual disturbance that can take various forms such as flashes of lights, vision distortion and blind spots.

Typically, a migraine aura lasts for about half an hour, after which migraine makes itself presence known. In other words, a migraine aura is a premonition that an awful bout of migraine is about to happen. The good news is dealing with a migraine aura can actually keep migraine from showing up later on.

So if you are bugged by migraine every now and then and you’re well-aware that it’s something preceded by some strange visual disturbances, read on. Below are some of the things that you may do to put an end to that migraine aura, and hopefully keep migraine itself from ruining your day a few minutes after.

Give Your Head a Massage

The moment a migraine aura shows up, go to a dimly-lit room and give your head some gentle massaging, focusing on the forehead, temples and back of the neck. This will help loosen tight muscles in the head, as well as improve blood circulation. Asking someone to give you a head massage is a great idea as well.

Are you into essential oils? Then immediately reach for a bottle of peppermint and also that of your favorite carrier oil. After diluting peppermint oil, use it for massaging your head. The scent of the said essential oil is known to be very good at easing tension, thus helping to put a migraine aura to rest.

Drink a Tall Glass of Water

Sometimes reaching for a glass of water and drinking it is enough to put an end to that annoying migraine aura. Especially if your bout of migraine aura is accompanied by vomiting, then it’s all the more important for you to drink water — vomiting can cause dehydration which is something considered as a common trigger of migraine.

Have a Cup of Coffee

Are you one of those people who seem to attain relief from a migraine attack by drinking coffee? If so, try having a cup of your favorite java as soon as a migraine aura starts bugging you. Not only will this help put an end to those visual disturbances, but also keep migraine itself from attacking.

Many people find immediate relief from migraine simply by soaking a clean hand towel in cool or warm water, and then placing it over their eyes. The same step may be taken if you are experiencing a migraine aura. Experiment whether it’s cool or warm damp compress that works for your problem the best.

You may also try wrapping some fresh cabbage leaves in a damp hand towel, and then crush the leaves with your hands. Afterwards, recline, close your eyes, and place the towel on your peepers. It is said that this home remedy for migraine actually works just as well for a pesky migraine aura.

Is there a painkiller that you normally take each time you are having a migraine attack? If so, don’t wait for that darned migraine to make its presence known — pop it in your mouth as soon as a migraine aura surfaces. Chances are it will help keep migraine from showing up after the visual disturbances you are having.

Are you a constant migraine sufferer and you have found ways to effectively combat a migraine aura when it happens? Kindly share some of them in the comments section below and help fellow migraine sufferers.

The Quick and Healthy 3 Step Guide to a Flat Stomach