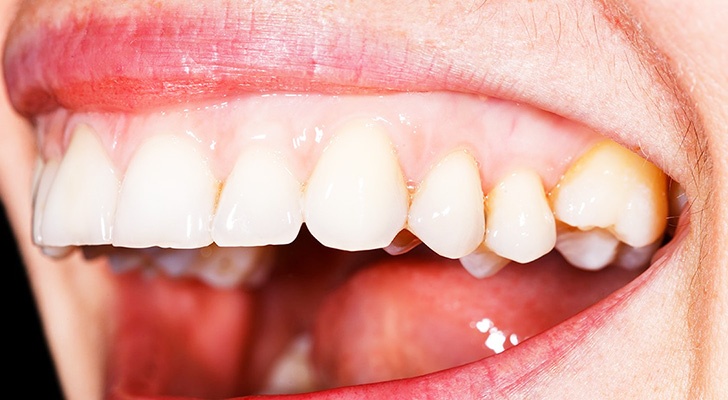 5 Home Remedies for Swollen Lymph Nodes in the Armpits

Signs of Stroke You Are Probably Ignoring

Generally speaking, healthy gums are pink in color. If your gums are pale, then there may be a problem that needs to be addressed. This article will get you informed with two of the most common reasons for pale gums, as well as some of the steps you may take at home to help bring the color of your gums back to normal.

However, there are a bunch of health issues that can strike and have all sorts of negative effects on your body, and one of those is pale gums. Dental experts say that the following can leave your gums looking pale:

This is a form of anemia in which there is not enough red blood cells present in your blood. There are many different signs and symptoms of iron-deficiency anemia, and one of them is pale gums. The said blood condition can also make your tongue appear red and swollen.

Everyone knows that having gum disease can make the gums look bright red and inflamed. However, not a lot of people know that the gums may become pale in some instances, too. Dental experts say that having pale gums due to gum disease can lead to irreversible damage to the gums.

Seeing a physician or dentist can help identify the reason why your gums appear pale, thus allowing you to obtain the right treatment for the problem and keeping complications at bay.

The following home remedies can also help bring back the natural and healthy color of your gums:

Include Iron-Rich Foods in the Diet

The inclusion of foods containing iron in your daily diet is very important for the prevention and even reversal of iron-deficiency anemia — iron is warranted by the body for the production of red blood cells. Some of the best food sources of iron include red meat, poultry, sea foods, legumes, dark green leafy vegetables and dried fruits.

READ  Habits You Unconsciously Do That May Damage Your Kidneys

Load Up on Vitamin C, Too

Nutrition experts say that vitamin C helps the body to properly absorb iron, and that is why your everyday diet should also contain foods that are packed with it, such as citrus and tropical fruits. Not only will you be able to fight off iron-deficiency anemia by doing this, but also have your immune system strengthened.

Also Consume Foods with B Vitamins

B vitamins are also essential for the proper production of red blood cells. In fact, you can get anemia, too, if your diet is lacking in B vitamins. Luckily, there are lots and lots of foods that contain these nutrients, such as red meat, chicken, turkey, milk and eggs. There are also numerous food products that are fortified with B vitamins.

Swish Coconut Oil in Your Mouth

There is an Ayurvedic remedy for gum disease that’s called oil pulling. This solution does exactly what its name suggests — it pulls microbes and toxins out of your gums. All you have to do is place a tablespoon of coconut oil in your mouth and swish it around for 15 to 20 minutes. Perform oil pulling up to twice a day.

Do you have aloe vera plant in your garden? If so, then you have very easy access to an effective home remedy for pale gums due to gum disease. Twice or thrice a day, smear a little aloe vera gel on your gums and let it stay in place for a few minutes, and then rinse off very well with water.

If you’re bothered that your gums are looking pale, then make sure that you pay your trusted dentist a visit ASAP. He or she is someone who can identify the reason behind such, and also provide the right kind of treatment for it.

Kindly share this article on various social media sites to let everyone know how to deal with pale gums at home.

Sourceself.com
Previous articlePellagra: Get to Know Its Causes, Symptoms and Treatment
Next articleHerbal Teas That Help Control Diarrhea