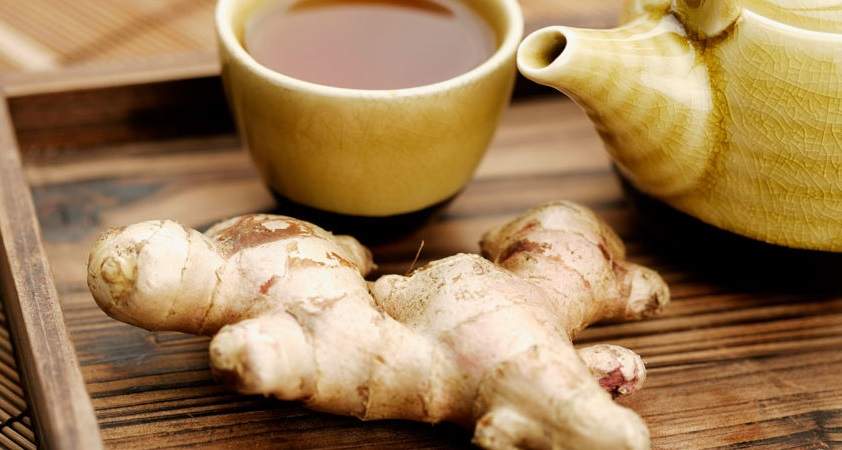 With the scientific name (Zingiber officinale), ginger is a flowering plant under the family Zingiberaceaeand it is widely used as a spice or a folk medicine. Like its relatives, the turmetic (Curcuma longa), galangal, and cardamom (Elettaria cardamomum), ginger is found in the lush tropical jungles in Southern Asia, a reason why the plan is mostly used by Asians. While it has been thought to have come from the Indian subcontinent, the plan grown in India present the biggest volume of genetic variation.

Ginger has various uses, in the kitchen and in health. It can also help the body’s immune system and response, the property it is best known for. According to Natural Society, the plant has the power to combat inflammation, which is associated with various medical conditions like obesity, heart diseases, diabetes, and Alzheimer’s disease, among others. It contains gingerols, anti-inflammatory compounds that are responsible for decreasing inflammation of cells and tissues. This property is supported by research, according to Pub Med. As per the publication, ginger’s gingerols do have an impact on alleviating the signs of inflammation like pain and activity intolerance in people with osteoarthritis and/or rheumatoid arthritis. In the study, it has been revealed that 75 percent of arthritis patients and all patients with muscular discomfort had decreased pain and swelling.

The digestive system also gains benefits from ginger. According to WH Foods, ginger can relieve gastrointestinal discomfort like nausea and vomiting, especially in pregnant women. As per the publication, previous double-blind researches have indicated that ginger is superb in the prevention of symptoms of motion sickness, with mild emphasis on seasickness. One study also revealed that ginger demonstrated greater relief when compared to Dramamine, a commonly used over-the-counter and prescription medication for motion sickness. As per the study results, ginger managed to combat motion sickness associated symptoms like nausea, vomiting, dizziness, and cold sweating. Pregnant women also experience gastrointestinal discomforts, such as hyperemesis gravidarum, during the process and ginger has proved to be very useful in countering them. It has been revealed in another trial that ginger made a considerable decrease in the severity of nausea, as well as the frequency of vomiting in 19 out 27 women in their early pregnancy (less than five months). The trial findings stressed that ginger can be used instead of other antivomiting agents, as the former is highly safe, does not require large doses, and does not lead to severe birth defects.

Ginger can also prevent heart disease and diabetes. According to Authority Nutrition, trials involving the direct impact of ginger to the aforementioned medical conditions are relatively new, but it has also been revealed that the plant proved its anti-diabetic properties. As per the publication, the study was conducted in 2015 and it involved 41 participants with diabetes mellitus type 2. Research findings revealed that two grams of ginger powder per day reduced fasting blood sugar by 12 percent, HbA1c (the marker for chronic blood sugar levels) by 10 percent, ApoB/ApoA-I ratio by 28 percent, and oxidized lipoproteins (heart disease indicators) by 23 percent.

One of the toughest diseases is cancer and it can also be prevented by ginger. According to Authority Nutrition, ginger’s 6-gingerol demonstrated cancer-fighting properties, which can decrease inflammatory-triggering molecules in the large intestine. Thus, ginger extracts have been found as alternative treatment for various forms of cancer.

Along with its health benefits, people can enjoy ginger in various ways. According to Medical News Today, fresh ginger can be added to a smoothie or juice, stir-fry or homemade salad dressing, boiling water (as ginger tea), and in other meals.

Are You Flossing Correctly? Here are Some Do’s and Don’ts

Low Sodium Dinner Recipes that is Good for your Heart