There are people who complain of sweating too much. Then there are also those whose problem is they don’t sweat enough or at all. Such is called hypohidrosis. Also sometimes referred to as anhidrosis, it’s a medical condition that should be taken seriously because it can cause the body to overheat, which can lead to some life-threatening complications.

Sweating is the body’s primary way to cool itself. This is exactly the reason why you sweat when the weather is hot or you are engaged in certain physical activities such as jogging, playing basketball, cleaning the room or washing the car. When sweat on your skin evaporates, it causes heat to dissipate and this lowers your body temperature.

It is a problem when your sweat glands, which are structures in your skin that produce sweat, do not function as expected. Your body’s temperature will keep on rising and rising, potentially leading to a heatstroke. Heatstroke is a very serious matter because it can actually leave your organs swollen and damaged, and even cost you your life!

There are a handful of things that cause hypohidrosis. Also, it may be inherited which tends to show up at birth, or develop later on as the person gets older. Let us take a look at some very important matters about this medical condition.

Some people with hypohidrosis may have a damaged gene they inherited which causes the malfunctioning of their sweat glands. It’s also possible for someone with the medical condition to also have what’s referred to as hypohidrotic ectodermal dysplasia, which is characterized by having very few sweat glands or even none.

Not all cases of hypohidrosis are inherited. In some instances, it is due to nerve damage. When the nerves that control the sweat gland’s activity are damaged, naturally, the production of sweat is hampered. Just about any illness or disease that causes nerve damage may eventually bring about hypohidrosis. Some of them include diabetes, Parkinson’s disease and Sjorgen’s syndrome. Even alcoholism may cause the damage of the nerves.

Various skin problems may also cause hypohidrosis to take place. Some examples are scleroderma and psoriasis. Certainly, anything that damages the skin also damages the sweat glands, thus causing hypohidrosis. A few examples include radiation, burns, infection, inflammation and various other skin traumas.

The intake of certain medications may also be blamed for hypohidrosis. For instance, anticholergenics for treating asthma, incontinence, depression and others may cause side effects like decreased sweating and mouth dryness.

You may have a mild case of hypohidrosis and not know about it unless you exercise vigorously and find out that you are not sweating a lot as expected. If other people around you are already sweating profusely due to the high temperature except for yourself, it’s very much possible that you have the medical condition.

Having a flushed appearance is regarded as a sign of hypohidrosis because your body is already overheating. You may also experience dizziness and feeling hot all over, like you have fever. Feeling weak and muscle cramps are other symptoms.

A doctor will ask about your complete medical history in order to determine whether or not you have hypohidrosis. This is because certain illnesses or disease may actually cause hypohidrosis. You should also mention all of the signs and symptoms you are encountering to help your doctor make the right diagnosis.

There are a handful of procedures that may be carried out to identify the presence of this medical condition. Some of them include the axon reflex test, sweat imprint tests, thermoregulatory sweat test and skin biopsy.

Treating hypohidrosis when only a small part of the body is affected isn’t required. That’s because this usually does not cause any problem. If a prescription drug being taken causes hypohidrosis as a side effect, the doctor who recommended it may prescribe another drug or lower the dosage.

If hypohidrosis is brought about by a particular medical condition, that underlying cause should be addressed by a doctor. Doing so may help control the signs and symptoms of hypohidrosis, as well as ward off its complications.

Make Your Own Cough Syrup That Really Works 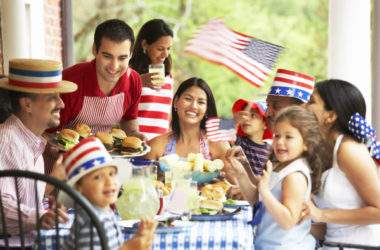 Tips on Staying Healthy This Fourth of July

Fourth of July is just around the corner, which means that it’s almost time to spend time with… 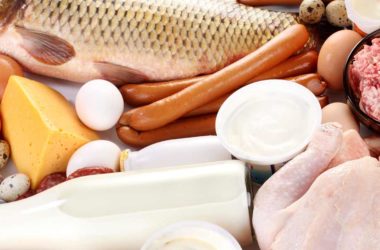 Vitamin B6 is a member of the large family of B-vitamins. Also known as pyridoxine, this vitamin should… 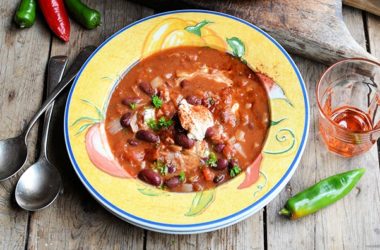