Important Matters You Need to Know About Ichthyosis Vulgaris

There is a skin disease that leaves you looking like you have fish scales. It’s called ichthyosis vulgaris, also referred to as fish scale disease because of its appearance. The condition does not actually cause scales to develop on the skin. What happens is excessive dead skin cells tend to accumulate in a pattern that kind of resembles the scales of a fish.

Although it may be acquired, most cases of ichthyosis vulgaris are actually inherited. In fact, this condition is one of the most common genetic disorders of the skin. Majority of the cases are mild and develop only on certain areas of the individual’s body. However, there are ichthyosis vulgaris cases wherein it’s so severe that the fish scale formations can be observed on larger areas of the body such as the back, abdomen, legs and arms.

The characteristic symptom of the condition may already be present at birth, although most of the time it begins to show up during the early childhood of the person suffering from it. There are also instances wherein ichthyosis vulgaris is undiagnosed because it is mistaken for excessively dry skin, especially in very mild cases. It is possible for the symptom to disappear as the affected child grows, but may show up once again during adulthood.

As earlier mentioned, ichthyosis vulgaris is usually inherited. There is no need for both parents to have the mutated genes for their offspring to develop the skin condition. A person may suffer from it even though only one parent is a carrier of the said gene. However, it is possible for anyone to have the condition even without the mutated gene because it may be acquired as well. Ichthyosis vulgaris, for instance, is associated with a handful of conditions. Some of them include thyroid disease, chronic renal failure and cancer.

It’s highly possible for ichthyosis vulgaris to occur together with other disorders of the skin. Some of them include atopic dermatitis or eczema, and keratosis pilaris — a common skin condition which involves the formation of rough patches or small bumps resembling acne on the cheeks, arms, thighs and buttocks.

The primary indicator of ichthyosis vulgaris is the formation of scales on the skin resembling those of a fish’s. Made up of accumulated dead cells, they may come in colors such as brown, gray and white. Mild to moderate cases of the condition cause the formation of these scales on small areas of the body only. However, it’s possible for them to cover large areas like the back and abdomen in severe cases.

It is normal for the affected areas of the skin to end up thickened and itchy. In severe cases, ichthyosis vulgaris may also cause deep and painful cracks to develop on the palms of the hands and soles of the feet. During cold and dry weather conditions, the various signs and symptoms tend to worsen. On the other hand, they lessen or even resolve on their own when the weather gets warm and humid.

Because of the formation of scales and thickening of the skin, some people with ichthyosis vulgaris may fail to feel cool. That’s because the formations interfere with the mechanism of sweating. The deep cracks that develop on the palms of the hands and soles of the feet during severe cases may be invaded by bacteria and end up infected.

Unfortunately, there is no known cure for ichthyosis vulgaris to date. There are certain medical treatments available, although they can only help in controlling the various signs and symptoms of the skin condition.

Some of the medications that may be prescribed by a specialist that can help in managing ichthyosis vulgaris are the following:

There are a few steps which may be taken at home to help in keeping the signs and symptoms to a minimum. For instance, mild and unscented soaps should be used when bathing. The application of moisturizers is recommended to. It is a good idea to have a humidifier installed at home to keep the environment ideal for the condition. 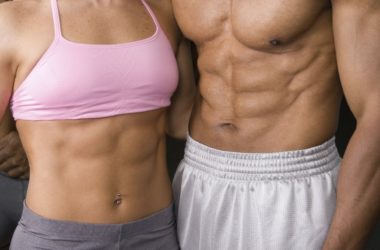 A set of well-defined abdominal muscles is an asset to a man and a woman. Aside from signifying… 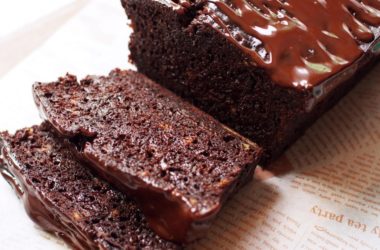 How to Make Vegan Chocolate Banana Cake Without Baking

Even though this chocolate banana cake is layered and looks mouthwatering no matter how you look at it,… 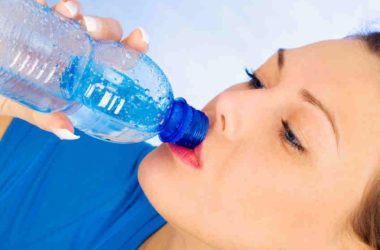