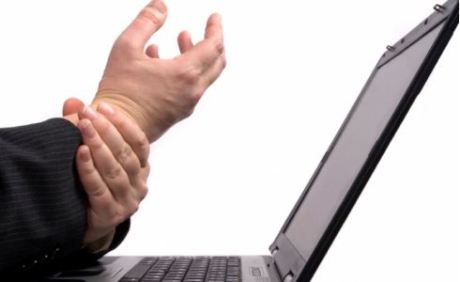 Signs of Anxiety in Angry Children

Tips on Managing an Earlobe Cyst

It’s not uncommon for someone with simple writer’s cramp to complain only when writing. The condition tends to cause anyone affected by it to experience pain in the hands or fingers when writing. He or she may hold a pen in a manner that’s different from the usual. The resulting written work tends to be illegible. It’s not unlikely for jerking of the hand to be observed while the individual is attempting to write. Tremors may be encountered when the arms are outstretched.

Just about anyone who writes repeatedly and for long periods of time may end up with simple writer’s cram. Having poor posture when writing may also contribute to the problem. Any person who engages in any activity which calls for repetitive hand movements is at risk for such condition or something else related to it. For instance, someone who plays the violin or piano may suffer from what’s known as musician’s cramp.

The problem with simple writer’s cramp is it’s often misdiagnosed by doctors. It’s not unlikely for medical experts to mistake the condition for other issues such as tendonitis or any other orthopedic problem. Some doctors may even say that it’s brought about by a psychological problem. In having simple writer’s cramp diagnosed, a doctor may look for certain clues that can reveal the problem. A patient’s posture, for instance, may be observed while he or she is asked to write.

Unfortunately, there is no known cure for simple writer’s cramp. Painkillers and anti-inflammatory drugs may be prescribed by a doctor, as well as rest and having activities that trigger the problem limited. Physiotherapy may help an individual afflicted by the condition, such as undergoing transcutaneous electrical nerve stimulation or TENS wherein muscle spasms and pain are attempted to be relieved by having the nerves stimulated by mild electric current.

Medical authorities recommend proper posture when writing as well as having the pen properly held. Choosing a pen that’s neither too thick nor thin is crucial, and it should be held in a slanting position and in a relaxed manner. It is a good idea for the individual with simple writer’s cramp to avoid prolonged periods of writing. Pausing several times and having the hands and fingers stretched can be very beneficial.

A few simple hand and finger exercises may be carried out by the person bugged by simple writer’s cramp. One very easy exercise that may be done is by having the thumb touch the tip of each and every finger on the same hand. Another helpful exercise is having the thumb slide from the tip to the base of each finger in the same hand. Using a stress ball and crumpling a handkerchief may work wonderfully too. Removing and resealing the cap of a bottle is beneficial as well.

Many with simple writer’s cramp swear by the effectiveness of warm soak, hot compress and magnesium salt baths. Oftentimes, increasing fluid intake as well as the intake of potassium and sodium can help provide relief. The intake of vitamin B6 or D supplements may also offer benefits.