Low carb diets have exploded in the health and wellness scene where they promise weight loss by going low on carbohydrate consumption and focusing on more proteins instead. Keto diet is one particular low carb diet that many are following these days, although it means that they will be giving up wholegrain cereals, bread, pasta, and the like because according to the diet, carbs should not be the primary component of the diet.

But it seems that a landmark review, which was commissioned by World Health Organization, has recently discovered that eating more fiber, particularly those that are found in carbohydrate-rich foods like wholegrain cereals, bread, and pasta can actually reduce early death as well as risk of heart disease! The researchers of the study found this to be good news but saw that their findings can affect diets that promote eating a low-carb diet.

The research was led by Professor Jim Mann and his team at the University of Otago in New Zealand, who was also the one tasked to conduct a major review to provide information to the WHO guidance on the importance of curtailing the use of sugar in one’s diet, thus causing sugar taxes across the globe.

We all know now that sugar is a type of bad carbohydrate, but fiber, on the other hand, is on the opposite side. Although fiber is important to our body, the backlash that carbohydrates received from sugar has caused low-carb diets to appear, where people are encouraged to avoid foods that contain carbohydrates because of the danger that they put you in.

Will this end the diet wars?

With the results that Mann’s team has gathered with regards to carbohydrates that contain fiber, will this finally end the diet wars that have been ongoing for decades? According to Mann, although their research has added something new to the ongoing debate today, especially when they have a strong evidence what a high-fiber diet can do for most people, the diet wars will not end just yet. And it all boils down to the vested interests that revolve around these diets.

Based on the review that Mann and his team has put together, people should be eating between 25 to 29 grams of fiber per day with the possibility of going up to 30 grams per day as a better number. However, because of the trend of low-carb diets, most of us only consume 20grams at least.

The review further showed that those who had plenty of fiber had a reduced their risk of early death from various causes, particularly, heart problems compared to those who are missing out on this important nutrient. Type 2 diabetes, colorectal cancer, as well as coronary heart disease have been reduced up to 24% with fewer cases being noted.

One of the authors of the study, John Cummings, who is also the emeritus professor of experimental gastroenterology from the University of Dundee, said that the study plays a huge role with their findings to not be dismissed as merely fad. He further stated that this review is a defining moment where it shows the importance of certain carbohydrates to our body because of the role it plays in certain bodily functions.

Tips on How to Protect Your Baby from Second Hand Smoke 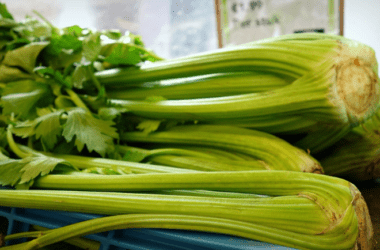 Celery is one of the vegetables from the family Apiaceae. It has a long and hairy stalk, which… 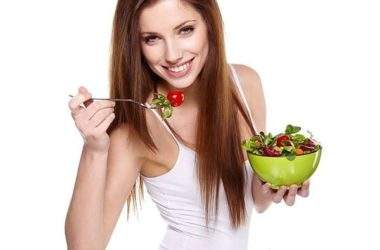 Reasons Why Losing Weight is Worth It

Most people want to lose weight because they want to be able to look great. Although it is… 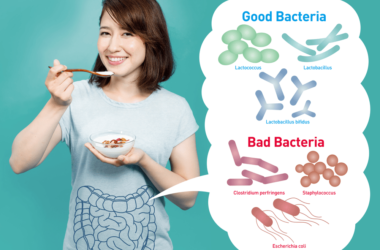 Want to Have a Healthy Gut? Eat Like the Hadza People